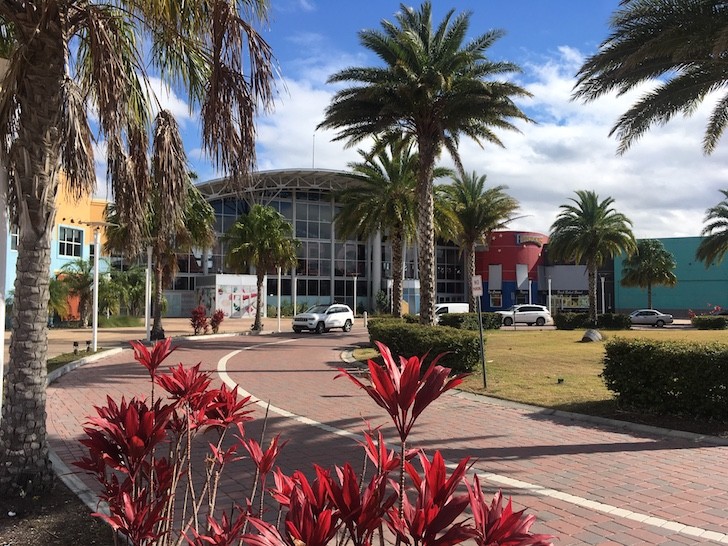 Dezer has been renovating the mall and renamed it Dezerland Action Park.
The stop work order and new fines began Friday after code officers were on site and observed that work had been done without proper permits, city spokeswoman Karyn Barber said.

“The applicant did not come into compliance for the building alterations they had done previously, without permits, in time for the February 7th deadline,” Barber said in an emailed statement.

Dezer’s company had plans to open early this year as a limited auto dealership, which they believed was allowed under existing zoning.

When asked Monday morning about the stop work order, Dezer’s general manager in Orlando, Michael Rich, said he believed the order was only for one tenant at the mall. But Barber confirmed that the city has ordered work to stop on the entire project. After he was asked for clarification, Rich said, "We have stopped work pending plans in review."

The mall itself sat empty for a year until Dezer came along and bought it, on 100-plus acres in the heart of Orlando’s tourism corridor, for nearly $24 million. Almost immediately, he started moving 1,500 cars from his South Florida collections to the former mall and planned to open a variety of attractions there, including a go-cart track and vintage pinball museum.
He quickly ran into trouble with the City of Orlando, which started fining him for lack of permits.

On a separate matter, Dezer has submitted a new master plan for the entire property, including a future apartment building to the south of the mall building. Those plans are now set for public meetings for Technical Review at 2 p.m. Tuesday, March 5; at the city’s Municipal Planning Board, 8:30 a.m. Tuesday, March 19; and finally the City Council at 2 p.m. Monday, April 22.

Dezer was known for building multiple “Trump Tower” condos in South Florida as well as the luxurious Porsche Design Tower in Miami, where units have their own car elevator and garage.

Dezer has one of the most extensive private vehicle collections in the world, including a Vespa collection, and one of the world’s largest James Bond collections. His museum in South Florida had a section dedicated to the James Bond movie, From Russia With Love.