A memorial was held today for the 17 victims of the Marjory Stoneman Douglas High School shooting at the Pulse Interim Memorial to mark the one-year anniversary of the tragedy.

Victims from the Parkland shooting and the Pulse nightclub shooting joined first responders, local government officials and other members of the community to commemorate the lives lost.

The memorial consisted of a reading of the 17 victims' names and a moment of silence at 2:21 p.m., which is the time the shooting in the school began.

"I feel a lot of emotions being here, but it means a lot to me that both of my communities are coming together and honoring and remembering the people that we lost," said Natasha McImurray, who graduated from Marjory Stoneman Douglas in 2011. 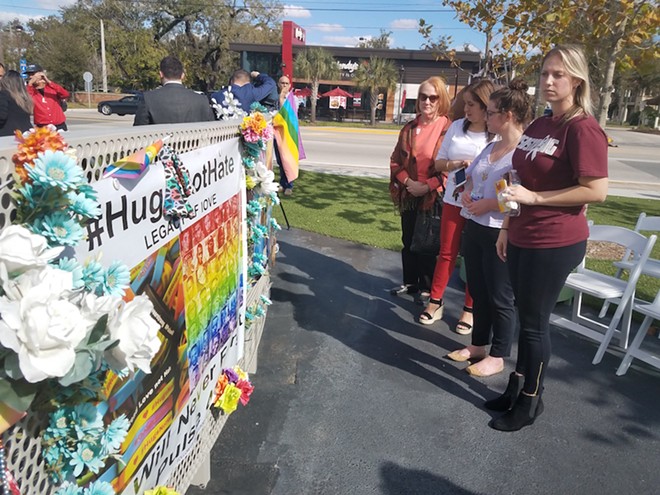