The FBI has released drawings made by one of the most prolific serial killers in U.S. history with the hope of identifying the 90 people he confessed to murdering, including 13 homicides in Florida. 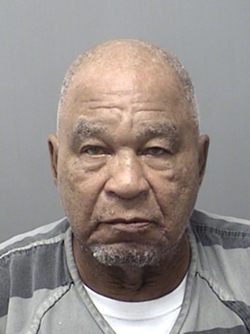 Between 1970 and 2005, 78-year-old Samuel Little criss-crossed the country from California to Florida, leaving dead bodies behind in the cities he visited, according to the FBI. He chose his victims, mainly black women, because they were marginalized and vulnerable. Often, he preyed on sex workers or drug addicts whose deaths were never fully investigated. A former competitive boxer, Little liked to surprise his victims with a punch that could knock them out and then strangle them – all for his own sexual gratification.

"Little’s method of killing also didn’t always leave obvious signs that the death was a homicide," the FBI says. "With no stab marks or bullet wounds, many of these deaths were not classified as homicides but attributed to drug overdoses, accidents, or natural causes."

Little was finally convicted in 2014 of murdering three women in Los Angeles between 1987 and 1989. All three victims had been beaten, strangled and then dumped in an alley, dumpster and garage.

Decades before then, though, Little had been in and out of police custody, starting in 1956 for a juvenile theft in Ohio. He was arrested through the years in 13 other states, including Florida, for multiple crimes, including armed robbery, assault, rape and sodomy.

A searing profile of Little in New York magazine noted he spent three years in prison for robbing a furniture store in Ohio but was only incarcerated three months for strangling, biting, beating and sodomizing a Missouri woman who was a drug addict in 1976.

Little's pattern of slipping through the cracks in the criminal justice system happened multiple times. In 1982, he strangled a sex worker named Melina LaPree and ditched her body in a Mississippi cemetery. Despite witnesses identifying him as the last person LaPree was seen with, and two other sex workers testifying he had also strangled them, the case was dropped.

In 1984, he was tried for the 1982 killing of 26-year-old Patricia Mount in Gainesville, Florida. Mount, who had diminished mental capabilities, was beaten, raped and strangled. Her bruised body was left nude in an Alachua County field. Again, despite witnesses seeing Mount and Little together dancing before her murder, the jury acquitted him. 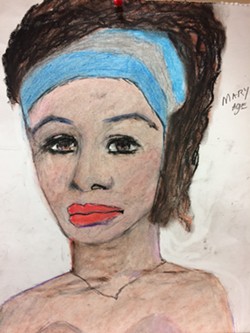 With no one trying very hard to hold him accountable, Little's killing spree was rampant in Florida.

In 1971, he killed Mary Brosley, 33, in northwest Miami-Dade County and left her body in a field, according to the Miami Herald. Five years later in the same area, he suffocated a sex worker named Angela Chapman, 25, near a canal and left her in the thicket to rot. Little strangled 20-year-old Rosie Hill, of Ocala, in 1982 and discarded her body by a hog pen, the Ocala Star-Banner reports.

"She crossed them big legs in her fishnet stockings and touched her neck," Little told Lauren. "It was my sign. From God."

The FBI says Little remembers his victims and the killings in detail. He can draw pictures of the women he's killed and remember what car he was driving, but the 78-year-old serial killer has a hard time remembering dates. Federal investigators say Little confessed to at least nine other murders in Florida in the following locations:

Little's last nine confessions regarding his Florida murders have not yet been definitively corroborated by law enforcement. The FBI is asking people with information to call 800-634-4097.