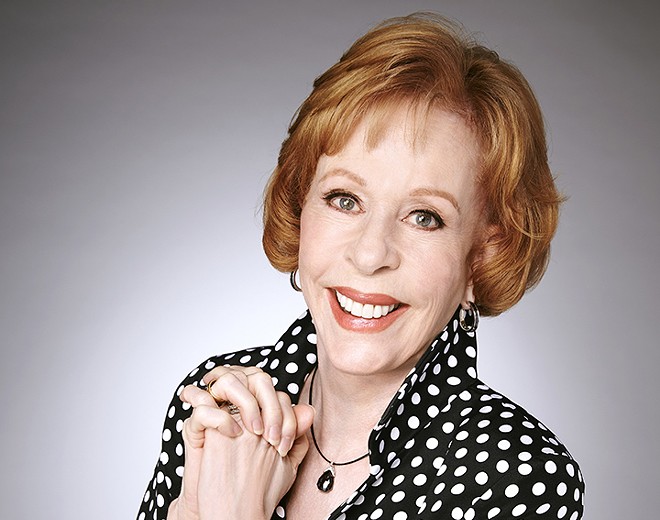 From 1967 to 1978, Carol Burnett was the host and star of one of the most successful variety shows on television, The Carol Burnett Show. Like a primetime Saturday Night Live, the show featured comedy sketches featuring several guest stars. But Burnett started most shows with an unscripted Q&A session with the audience, where she would reply to questions with zingers – or end up getting zinged herself. Burnett brings that format to the stage this week with her “An Evening of Laughter and Reflection” tour. Burnett screens clips of some of her favorite moments from the show and fills in the gaps with behind-the-scenes stories before taking questions from the audience. This is a chance to see a true master at work.