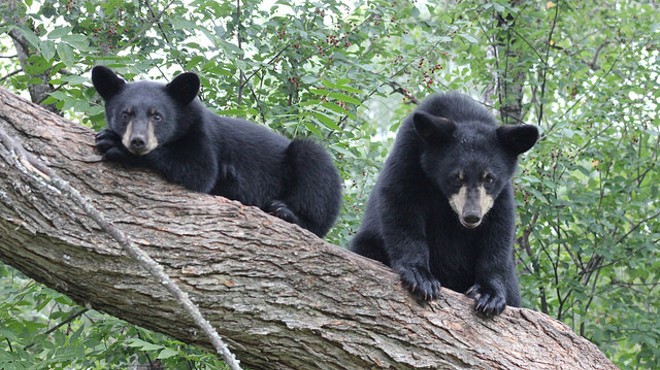 Juniper Prairie Wilderness will reopen March 13. According to the United States Department of Agriculture and the Florida Fish and Wildlife Conservation Commission, only folks with a permit will be allowed in, unless you're a law enforcement officer or firefighter on duty.

Forest Service officers will enforce the closure, which runs the wilderness boundary and includes all roads and trails within the area defined on the boundary map.

Florida officials would like you to stop feeding trash to bears
By Lora Korpar
Blogs
"We estimate that more than 1,000 bears live on the Ocala National Forest," says district ranger Carl Bauer. "However, some people don't practice Leave No Trace or adhere to wilderness ethics when they visit Juniper Prairie. If they leave food or other attractants at their campsites, bears learn that tents mean food. A habituated bear will rip into tents regardless of people or food being present. This type of activity endangers all our visitors."