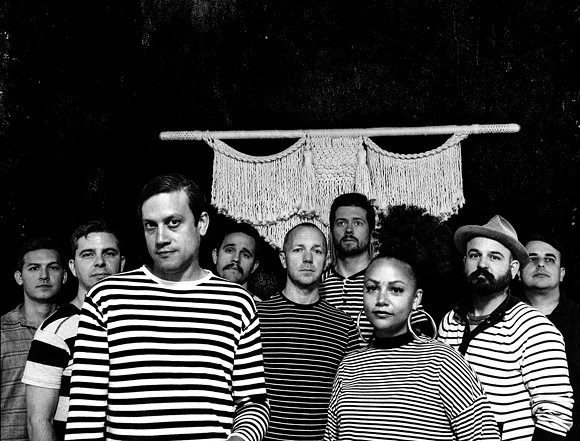 Orlando garage-soul heroes the Sh-Booms have been on that grind heavy, y’all. Their hard work and greasy shine have been gathering national notice for a little while now like on NPR.

But lately they’ve been in high-gear hustle, kicking up some real anticipation for their upcoming new album The Blurred Odyssey, dropping on Mar. 22 on excellent Miami indie label Limited Fanfare (The Ettes, Astronautalis & Rickolus, Heavy Drag, Lil Daggers, etc.) with a big release show that night at Will’s Pub with Acoqui and Kittybat (tickets here).

They recently premiered their first single (“Audible”) here on Flood Magazine with this beautifully shot video that wears its Orlando provenance with serious style:
Well, they’re just about to get yet another big-time spotlight. This weekend on Feb. 17, their second single (“Leon the Hustler”) will premiere as the week’s “Coolest Song in the World” on Little Steven’s Underground Garage, Steven Van Zandt’s nationally syndicated radio show dedicated to all things rock & roll. When it comes from rock royalty like Little Steven, a recommendation like that is almost an anointment. From there on, the song will be featured on SiriusXM six to eight times a day for the week and then remain in heavy rotation for another two months. The Sh-Booms repping hard.