Despite Universal's best efforts, we pretty much know everything about their secret Harry Potter coaster 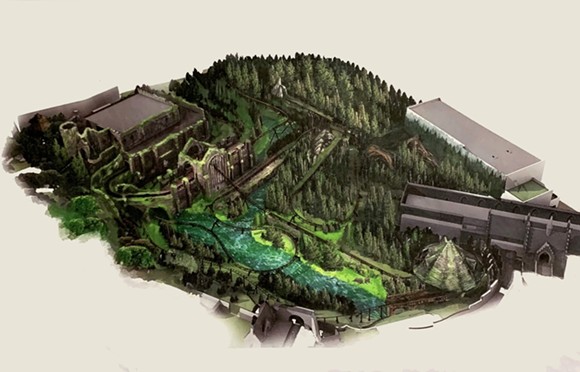 The Orlando ParkStop blogger has quickly made a name for herself with her incredibly accurate reporting of Universal's biggest plans despite the company trying its best to keep all these projects under tight wraps.

Unlike previous "insiders" who looked to have access to a single server or project file, Stella's leaks have ranged across all of Universal's upcoming projects with no specific project having the primary focus. She maintains that most of her information is not leaks but just her gut instinct mixed with public information. That changed last week.

In one of her most impressive leaks yet, Stella recently published images of the upcoming Harry Potter-themed coaster currently under construction at Islands of Adventure. Stating that the images were shared with her via an anonymous source, the post goes into details on what can be expected on the new ride, believed to named "Hagrid's Magical Creatures Motorbike Adventure" or a similar variation.

If accurate this will be first significant new attraction in either Wizarding World of Harry Potter areas to feature a character in the title other than Harry Potter.

Like a more exciting version of Seven Dwarfs Mine Train, the new Hagrid coaster is a mix of cutting-edge dark ride technology and outdoor coaster thrills.

Based on visible construction and Stella’s leaked plans we now have a detailed idea of what the new attraction will entail.

With fourteen major ride scenes, this coaster will be like an outside dark ride more than a typical coaster. At the beginning of the ride the coaster moves out of the load station, found in the castle leftover from the previous Dragon Challenge attraction, and into a small indoor scene before exiting the building where it takes a sharp right turn, passing the flying Ford Anglia car from the original series then launching into a tight left-hand curve, the first of six launches on the coaster. Racing along the wall and retention pond, this is the only major section of the ride visible from  the ride, with those in the queue having a view of this stretch of the coaster.

The coaster comes to crawl as it enters a small round hut. It is in here where riders meet Hagrid and one of his magical creatures. Their meeting ends quickly as the coaster leaves the building and into its next launch. Racing through the top section of a long-abandoned building and over the pond, this section is the most coaster like of the ride with multiple twists before hitting the third launch. The coaster flies past a life-size Fluffy, the oversized three-head guard dog from Hogwarts. 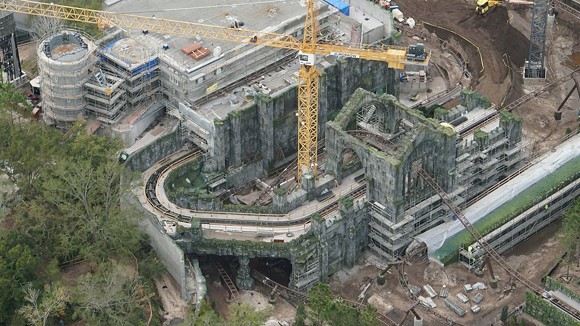 A fourth launch sends the coaster up a spike pointing into the sky, and after a brief moment of hanging in the air, the coaster drops down, now going backward. Another twist and then the coaster heads into a dark forest area, one of only two significant scenes found inside.

Trapped in the Devil's Snare the coaster drops straight down, like a drop-tower. Then it launches out of the building, now going forward, wrapping around the back of the spike before racing through some ruins. One last turn has some of the creatures saying goodbye as the ride comes to an end.

With six launches, a vertical drop track, a backward section, and multiple ride scenes, this coaster is one of the most ambitious ever built. It's a best-hits list of the latest coaster features mixed in with some of the most iconic animals from the Potter series. Extensive rock work and landscaping allow for the ride to come within feet of other sections, all while riders rarely see any other track sections. 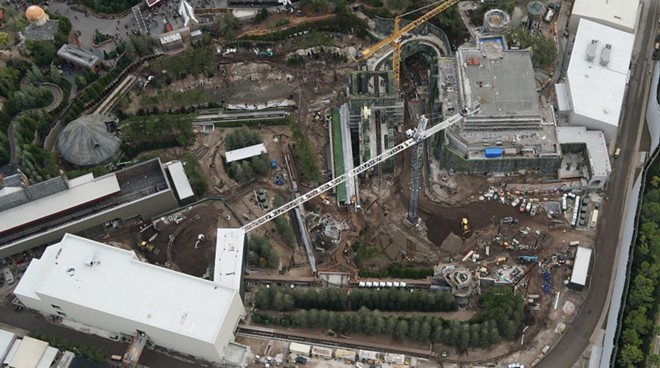 The visible track confirms many of these features, but the image Stella leaked establish the overall vision Universal has for the attraction.

Few to no screens will be used on the ride itself though it's still unclear if the queue will use any screens.

Universal has yet to announce the now entirely built coaster but based on current construction of attraction sets and information from insiders, including Stella, we should expect the attraction to open this summer with Universal announcing it in the coming weeks.