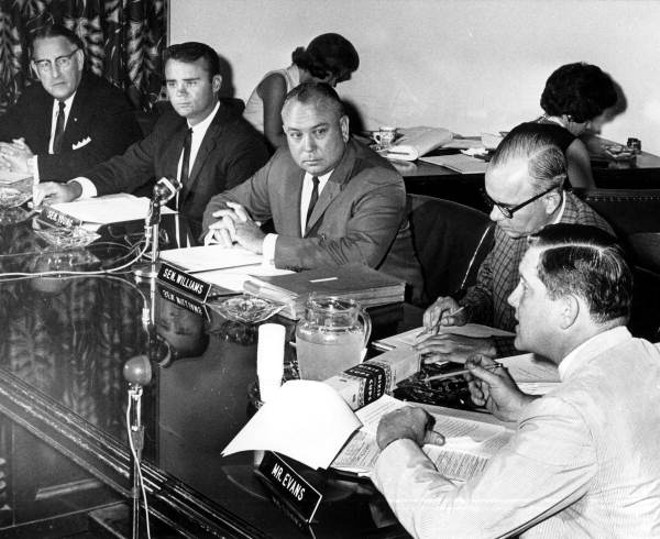 A House Democrat on Monday filed a proposal that calls for apologizing to people who were targeted in the 1950s and 1960s by a legislative committee that went after civil rights activists and homosexuals.

Rep. Evan Jenne, D-Dania Beach, filed a resolution (HCR 893) that proposes offering a “formal and heartfelt apology to those whose lives, well-being, and livelihoods were damaged or destroyed by the activities and public pronouncements of those who served on the committee.”

The proposal stems from the activities of the Florida Legislative Investigation Committee, which operated from 1956 to 1965 and is commonly known as the “Johns Committee,” after Sen. Charley Johns.

The proposed resolution, in part, outlines actions that the committee took to harass civil rights activists, including members of the NAACP, and investigations that it conducted of alleged homosexual activity at the University of Florida and at public schools.

“(The) Florida Legislative Investigation Committee spent nine years at the expense of the taxpayers of the state using unconstitutional and unjust methods to discredit and combat legal, peaceful desegregation efforts; to destroy or otherwise jeopardize the livelihoods and reputations of educators, administrators, and other professionals in Florida's public schools and universities; and to create a climate of fear that caused pain and suffering among vulnerable citizens and made Florida a national symbol of intolerance,” the proposed resolution says.