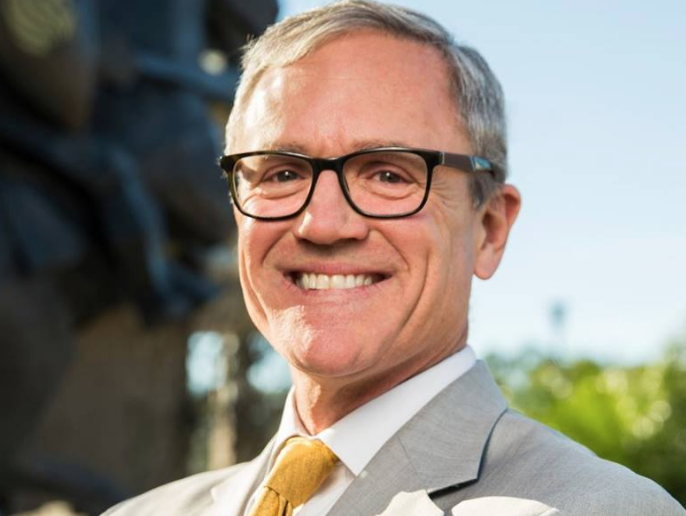 Whittaker, who was UCF's provost and executive vice president before being elected in July to replace retiring President John C. Hitt, submitted his resignation to the UCF Board of Trustees on Feb. 19. The board will hold a special meeting, at a date and time to be determined, to consider accepting Whittaker's resignation, according to a statement from UCF.

I have offered my resignation as president to the BOT. I do so with the conviction that I have always acted with integrity. And am doing this so the relationship between UCF and the Legislature can be renewed to best serve our incredible students, faculty, staff & community 3/4


In a letter to the board, Whittaker writes that to accomplish his goal of repairing and restoring the public's full trust and confidence in UCF, he decided to resign.

"To fully implement my third goal of restoring confidence in UCF by state government leaders, it has been made clear to me that one additional step is needed," Whittaker tells the board. "I have concluded that for UCF to succeed with our state leaders in the future, new leadership will be required."

UCF's president says he maintains the conviction that he acted with "integrity and honesty."

"My reason for doing this is so the relationship between UCF and the Legislature can be renewed," Whittaker adds in an online post. "A healthy relationship is necessary for the university to serve our more than 68,000 students in one of the fastest-growing, most diverse regions in the United States."

UCF Board of Trustees Chairman Robert Garvy says Whittaker's offer to resign was "putting the interests of our students and the university above his own."

"I am grateful for his willingness to subordinate those interests to the needs of our students, our [280,000] graduates, and tens of thousands of businesses, organizations and entities that rely on UCF's talent and significant economic impact," Garvy writes in a letter to trustees.

Whittaker had previously said that a "broken culture" led to UCF officials using at least $38 million in state funds to build the 137,000-square-foot Trevor Colbourn Hall, a direct violation of state policy that restricts those funds to instruction, research, libraries, student services or maintenance.

The Orlando Sentinel reports a UCF-hired law firm found Whittaker was "heavily involved" in the planning process for Colbourn Hall, but investigators questioned whether he knew the spending was improper. A probe by the House Integrity and Ethics committee into UCF's spending found the "misdirection" of almost $85 million in leftover funds between 2013 and 2018, according to the Sentinel.

Whittaker was set to testify before the House committee on Tuesday but the hearing was canceled. Last week, state Rep. Randy Fine suggested UCF should be shut down for five to 10 years over the school's improper spending. Later, the Brevard County Republican told Orlando Weekly he "threw out some hyperbole" to "send a message to UCF about the level of dissatisfaction we have around the lack of changes in corporate governance and self-examination."

"President Whittaker took a major step towards repairing the relationship between UCF and the Legislature," Florida House Speaker José Oliva says in a statement. "While there are several who shoulder more of the blame for the improper spending that occurred at UCF, President Whittaker knows, ultimate responsibility rests with the executive."

State Rep. Carlos Guillermo Smith, D-Orlando, says on Twitter that he hopes Whittaker’s decision will "end the Legislature’s obsession with UCF so we can move forward."

.@UCFWhittaker resigned to protect @UCF, its students and faculty from an overzealous Republican legislature looking for excuse to punish public universities......2/3

My only hope is that the Florida Legislature moves on from attacking UCF & instead applies the same passion for transparency to private corporations, too.

To my family of Knights: stay strong and united. We will get through this. https://t.co/ecqc7J18pt

In a statement, the UCF's faculty union thanked Whittaker for offering his "necessary" resignation and for his dedication to UCF.

"While Provost, he was always willing to meet and hear our issues," the United Faculty of Florida at UCF says. "His quick exit, however, and UCF's inability to successfully transition from one presidency to another shines a spotlight on the complexity and depth of the challenges we as faculty face. The decisions, actions and inactions of many among UCF's administrative leadership and Board of Trustees created a sense of distance and broken trust between faculty and the UCF administration."