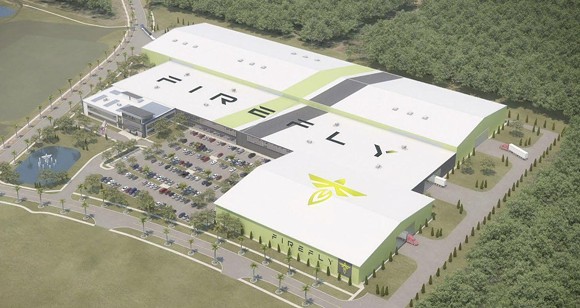 A new rocket is making its way to Florida's Space Coast.

Texas-based launch startup Firefly Aerospace finally revealed its plan to build a manufacturing facility near Kennedy Space Center and outfit the Air Force's Space Launch Complex 20 in Cape Canaveral for its two core launch vehicles — one of the first manufacturing facilities of its kind in the Sunshine State.

Firefly was shrouded under the codename "Maricopa" for months as Space Florida, the state's space development agency, trickled out details of a deal that includes an 18-acre chunk of Exploration Park and 28 acres at LC20. The value of the deal is $52 million, and Firefly vows to put 200 of its 300 employees in the Cape.

"Now Florida will not only be launching spacecraft, but locally manufacturing them as well," Gov. Ron DeSantis said Friday at an event held on Firefly's new launchpad. "I think with our space mission, we got good mojo back." 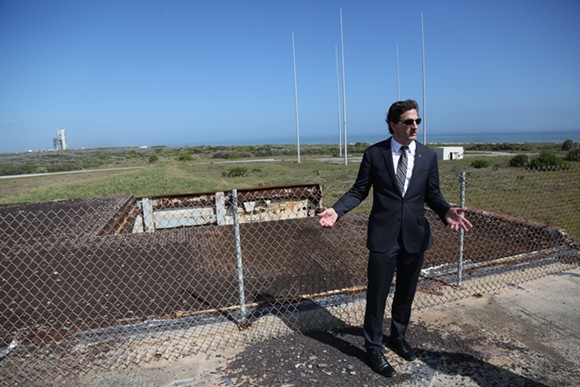 Firefly's main rocket, Alpha, will be able to carry up to 2,200 pounds into low-earth orbit, which is a layer of space best suited for the high-demand small satellite industry. Each launch will cost around $15 million.

Alpha – and later on Beta, Firefly's larger rocket in development – will join a packed neighborhood of Space Coast launch competitors. Small-class launcher Relativity Space unveiled plans in January to use the Air Force's Launch Complex 16 for its Titan rocket just a few doors down from Firefly's new pad. Titan can fly a 2,755 pounds payload for around $10 million.

CEO Tom Markusic, an engineer from SpaceX who worked on their smaller, now-defunct rocket Falcon 1, said that by 2025 they plan to launch Alpha 24 times a year and Beta at least 10 times, as well as 34 launches from their two LC20 launch pads.

Backed by Noosphere Ventures, Firefly was among nine companies selected by NASA last year to vie for a chunk of $2.6 billion to develop lunar exploration robots.