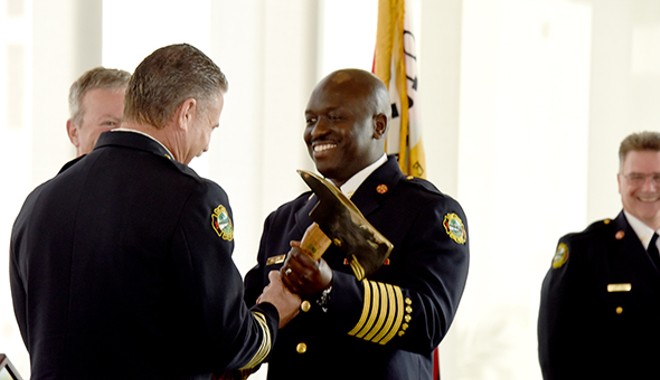 The EEOC's investigation found evidence that supported the woman's allegation that she had been subjected to discriminatory harassment, misconduct, and differential treatment by both deputy chiefs. The report also noted that Williams subjected the employee to sexual harassment and "continuous retaliatory conduct."

It remains unclear whether the two deputy chiefs will also resign.

"At this point we're determining an appropriate discipline," a city spokesperson says.

The EEOC's probe kicked off in 2017, after an OFD employee filed a complaint that alleged she was treated differently based on her gender, Orlando Weekly confirmed with city officials in January 2018.

The city then opened an investigation. It concluded almost a year ago.

The EEOC's probe, which wrapped up last week, concludes that the city's investigation into the allegations last year was "faulty and biased," and that city officials "failed to take reasonable steps to conduct a fair and objective investigation." It called the city's harassment policy "deficiently outdated."

"I regret that during my tenure there have been allegations that have hurt the department and the City of Orlando," Williams says in his resignation letter, provided through a public records request. "While I categorically deny the allegations against me, I believe the focus of the Orlando Fire Department should be on serving and protecting the residents of Orlando and not on my leadership or my position."

Williams was named OFD chief in 2015.

Prior to his resignation, he was an OFD employee for more than 20 years.