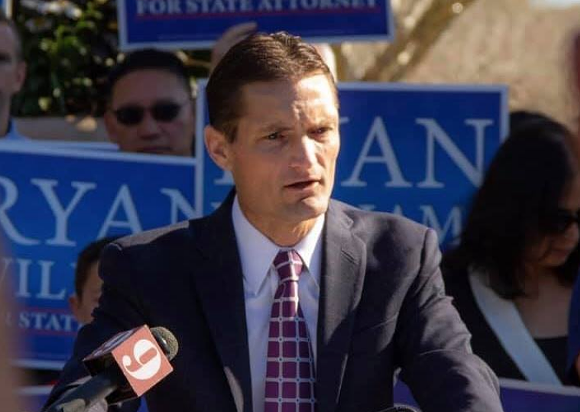 Ayala, a Democrat, was elected to the Ninth Judicial Circuit in 2016. That same year, Ayala announced her office would no longer seek the death penalty in any cases.

After a ruling from the Florida Supreme Court against her, Ayala created a seven-member panel of prosecutors who would determine what cases deserved the death penalty.

"We've taken the unusual step of endorsing Ryan Williams early to make a point that as law enforcement officers, we believe strongly that Ryan is the right prosecutor to represent the people of Orange and Osceola county," says Jeff Stinson, director of Fraternal Order of the Police District 7, in a news release. "We have worked with Ryan and know him to be an experienced and dedicated advocate for victims and a tireless proponent of the law."

"Our law enforcement and the State Attorney's Office provide a crucial partnership in the safeguarding of our community," says Williams, who is a Democrat. "As the next State Attorney of the Ninth, it will be my mission to continue that partnership and work with the community to ensure that justice for victims in Orange and Osceola is sought to the fullest extent of the law and never compromised by politics or personal agendas."

Ayala has yet to file for re-election, according to the Florida Division of Elections.