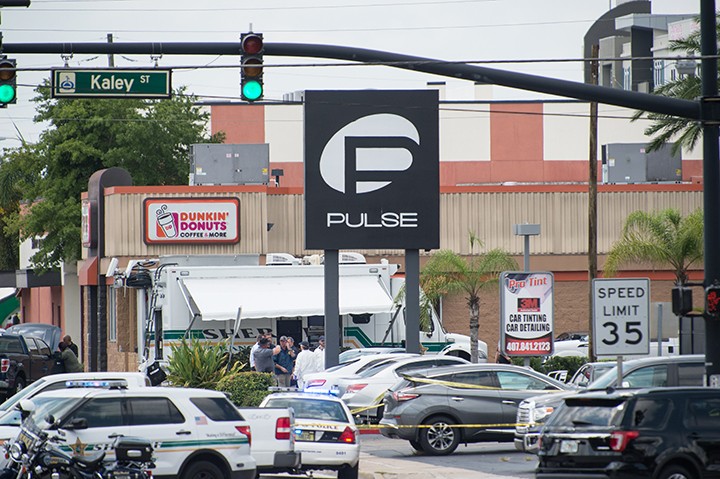 After repeatedly declining to make public its findings over the course of the investigation, the FBI finally released Thursday its ballistics report on the June 2016 shooting at the gay nightclub Pulse where 49 people were killed.

An initial look through the report shows the FBI's testing was unable to determine the source of some bullets found in victims. These bullet fragments lacked identifiable marks, neither matching the fragments to gunman Omar Mateen's firearms nor to law enforcement who responded to the incident.

The report says that due to "a lack of sufficient corresponding microscopic marks of value," no conclusion could be reached as to whether several of the more than 900 items included in the evidence were "fired from the same barrel(s) or the barrel of the Item 1 pistol." The report lists Item 1 as a "Glock pistol," one of the weapons included among Mateen's arsenal.

Included in the evidence tested in the report were roughly 80 bullets and metal fragments found in 32 victims, according to Orlando Weekly's count.

Earlier this month, Orange-Osceola State Attorney Aramis Ayala said no civilians were shot by the 14 local law enforcement officers who fired their weapons at the crime scene. Ayala issued clearance letters to all the officers involved after an investigation determined that Mateen, who was killed by police after a three-hour standoff, was the only individual hit by the officers' rounds.

A review of the shooting found that Orlando Police officers, Orange County Sheriff's deputies and other law enforcement fired more than 180 shots during the incident that began when Mateen stormed the club just after 2 a.m. on June 12, 2016.

"Following my direct request to the [FBI] to release the Pulse shooting report, we're pleased they have finally agreed to make it available to the public," says U.S. Rep. Darren Soto, D-Kissimmee. "Our community is still healing from the 2016 massacre that took 49 innocent souls. The FBI's detailed report will not only provide answers and transparency to our community on what happened that night, it will also be critical for public policy analysis and to ensure better preparedness for the future."