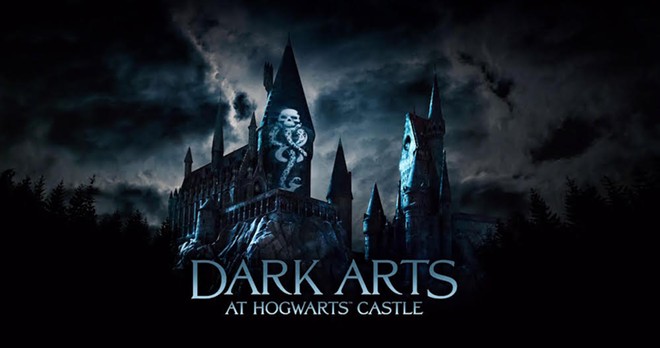 Potterheads, think of your happiest memory and start practicing your Patronus spell, because the new light show at Universal Orlando is going to bring you face-to-face with the darkest creatures and villains of the Harry Potter universe.

The new light projection experience, called "Dark Arts at Hogwarts Castle," will revive creatures and characters from the books and movies, such as the giant talking spider Aragog, soul-sucking dementors and yes – even a visage of the Dark Lord himself will show up.

The show will play along with an exclusive musical arrangement conducted by arranger William Ross and recorded by the London Symphony Orchestra.

No date has been announced yet for when the light show will premier in Orlando.