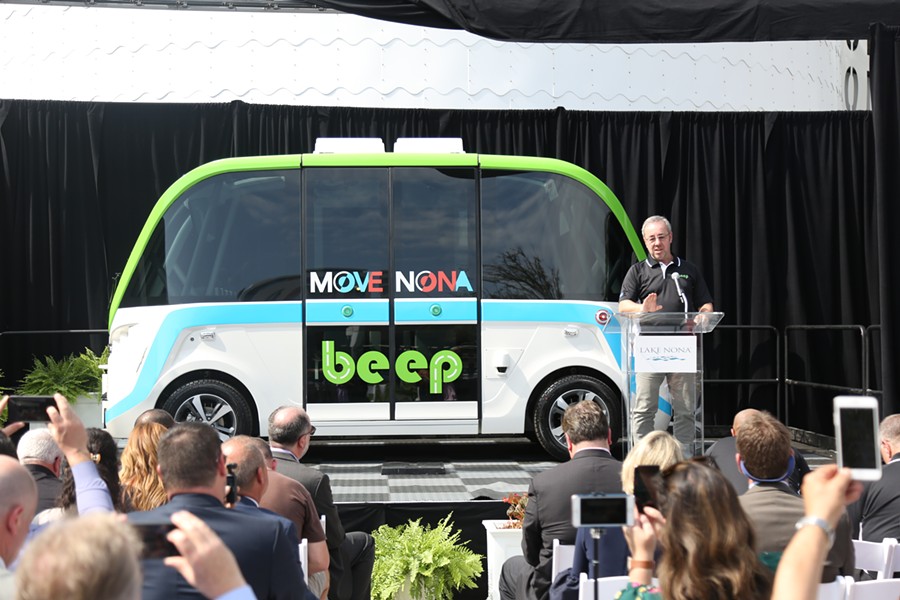 Florida Rep. Scott Plakon has proposed a bill that would create a smart corridor with an autonomous shuttle in Altamonte Springs.

The project would cost $8.7 million. The legislation filed by the Longwood Republican would provide $2 million in Florida Department of Transportation funding, and the city of Altamonte Springs will chip in another $500,000 for the project. The remaining $6.2 million in funds will be provided by a joint private partner, according to an appropriations project request to the Florida House.

That's not including the $7 million in easements the city of Altamonte Springs has already amassed for transportation initiatives, according to the Orlando Business Journal.

Autonomous shuttles would carry people to the Uptown Altamonte district, the SunRail commuter station, AdventHealth Altamonte Springs and the Altamonte Mall, as well as to a number of businesses around town.

The idea is to offer an alternative to State Road 436's congested traffic: Instead of being stuck in one of Central Florida's busiest corridors, the shuttles would run through connecting parking lots and interior lanes.

The bill will heard by the House transportation and infrastructure committee today, when the legislative session is scheduled to kick off.

If passed, the legislation would go into effect July 1.

Autonomous vehicles seem to be having a moment in Central Florida and elsewhere throughout the Sunshine State.

In February, autonomous vehicle company Beep revealed that a miniature self-driving bus is set to hit the streets of Lake Nona in the coming months.

The company plans to base its headquarters in the south Orlando neighborhood – an area that's been deemed as one of the fastest-growing "smart cities" in the country.

In September, Babcock Ranch, a solar-powered community outside Fort Myers, became the first city in the world to test autonomous school buses.

The city partnered with Transdev, an international private public transport operator, to launch the pilot program for EasyMile Easy10 Gen II, a pod-like vehicle that runs completely on electricity.

The shuttles can transport up to 12 children at a time.