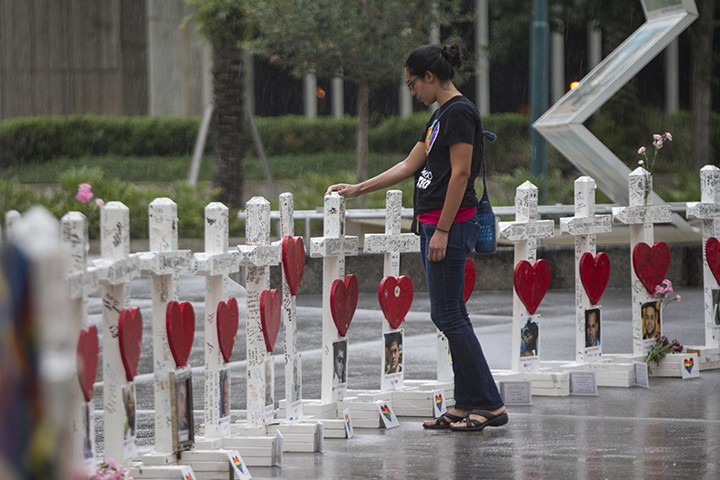 Recordings and photos related to the deaths of people in mass killings would be blocked from public release under bills ready to go before the House and Senate.

But several lawmakers, citing video footage tied to the massacre last year at Marjory Stoneman Douglas High School in Parkland, said the proposals need to be changed so government missteps can’t be hidden from the public.

The Senate Rules Committee on Wednesday unanimously approved a proposed public-records exemption (SB 186) that would keep under wraps photographs, video and audio recordings in incidents in which three or more people, not including the killer, are slain.

The proposal would make it a third-degree felony to violate the proposed records exemption. On Tuesday, the House State Affairs Committee, with limited discussion, unanimously backed a similar proposal (HB 7017). The bills are positioned to go to the full Senate and House.

Critics who want the proposed records exemption to be more narrowly drawn, point to security footage from the Parkland shooting. That footage showed how confessed killer Nikolas Cruz gained access to the campus and how law enforcement officials responded to the massacre.

While they supported the bill Wednesday, Sen. Gary Farmer, D-Fort Lauderdale, and Sen. Jose Javier Rodriguez, D-Miami, said they will oppose the measure if no changes are made when it comes up on the Senate floor.

“In my view, the bill does not sufficiently prioritize the government accountability aspect,” Rodriguez said.

Farmer pointed to concerns about part of the bill that refers to “all acts or events that cause or otherwise relate to the death of a person.”

Sen. Jeff Brandes, a St. Petersburg Republican who prefers a broader definition of mass violence, suggested a “cooling off” period of six months to a year before such records are released.

“Let families grieve and get through this, and then we can provide access to the public,” Brandes said.

“Sometimes the most painful but most relevant reviews are those when you’re dealing with life and death situations,” Bradley said.

Sen. Tom Lee, a Thonotosassa Republican who is sponsoring the bill, said he continues to work with the Senate general counsel and the First Amendment Foundation on the legislation so that not all recordings tied to such incidents are blocked from public release.

“We’re working with them to see if there is a way to thread the needle so as to not make this so overly broad that it might preclude from access videography that could be utilized to hold our government accountable,” Lee said.

Lee compared the proposal to a 2001 law that the Legislature passed to prevent the release of autopsy photos, video and audio following the death of NASCAR driver Dale Earnhardt.