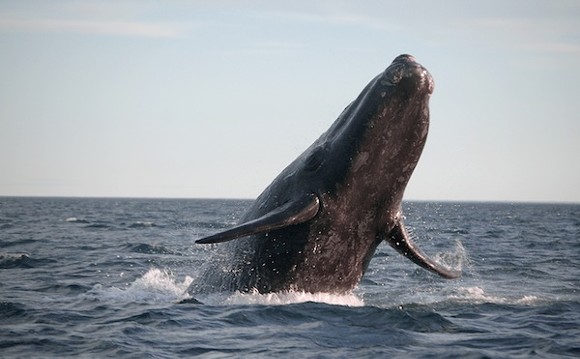 Florida was at first a noticeable holdout among the 10 states that filed a lawsuit in opposition to the push from the Trump administration and oil companies to revive seismic blasting along the Atlantic sea floor.

But Republican Florida Attorney General Ashley Moody may be having second thoughts, according to a report from the Florida Phoenix. Through a spokesperson, Moody told the media outlet she is now taking a look at the lawsuit "and seeing how it relates to Florida" and that her office is "meeting with relevant state agencies to assess the effects on our state."

In December, five companies had already been issued incidental harassment authorizations from the National Oceanic and Atmospheric Administration, allowing them to use high-powered air guns to search the Atlantic sea floor for oil in federal waters between Florida's Space Coast and New Jersey. Valid for one year, the permits ban testing in waters up to 56 miles offshore between November and April during calving season for some whale species. The testing consists of using visual and acoustic observes on ships, seismic surveyors are required to stop work if they spot a whale within a mile.

It's the first time the U.S. has explored oil mining off the Atlantic coast since the waters were opened up between 1976 and 1983.

Environmentalists are concerned for the well-being of marine life that uses sonar, in particular the North American right whale, which gives birth off Cape Canaveral. According to the NOAA, roughly 400 to 250 right whales remain in the wild. Of those, there are just 100 breeding females. In 2017, scientists tracking the species discovered no right whale calves were born.

However, since then the number of calves have jumped from zero to seven, according to a report from The Scientist.

The environmental groups and a band of state Attorneys General filed an injunction on Feb. 20 in federal court in South Carolina. They argue that the Trump administration's decision to move forward violates the Marine Mammal Protection Act, the Endangered Species Act and the National Environmental Policy Act.