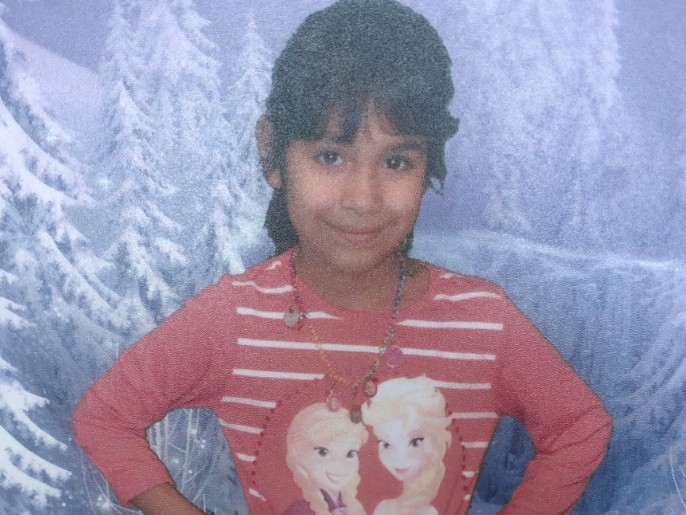 An Orlando woman allegedly stabbed her 11-year-old daughter to death on Sunday because she believed the girl was "having sex with men," deputies say.

The Orange County Sheriff's Office arrested Rosa Alcides Rivera, 28, after she drove to Winnie Palmer Hospital Sunday morning with 11-year-old Aleyda Rivera dead in the passenger seat and a bloody purple pocket knife in her hand.

Rosa Rivera had a superficial cut to her left arm near her wrist, and when hospital staff asked her if she had more injuries, she allegedly told them she killed her daughter and said, "My baby is gone," according to the arrest report.

Aleyda had 15 stab wounds around her back, including a defensive wound on her right arm, deputies say.

Investigators later determined the incident started around 7:30 a.m. on March 10 at a home in the 5700 block of Citadel Drive. Witnesses told deputies that's when Rivera started pounding on the door until 8:30 a.m. when the people inside finally opened the door.

Rivera accused her mother's boyfriend of "having a sexual relationship" with her daughter, according to the report. The age of consent in Florida is 18 years old.

The girl told her mother she did not have a sexual relationship with the man.

When detectives interviewed Rivera, she initially told them Aleyda had been stabbed by a man with the purple knife who later dropped it and fled on foot. Rivera told them she "felt guilty" about the incident and harmed her own left arm, the report said.

But when investigators confronted her with statements from witnesses, Rivera allegedly told them she killed her 11-year-old child to "prevent her from having sexual relationships with men."

Investigators say Rivera allegedly told them she stabbed her daughter with her purple pocket knife while in the car, and while stabbing the girl, she attempted to make Aleyda feel "comfortable."

"[Rivera] believed with her actions that her daughter is now in heaven," according to the arrest report.

Orange County Sheriff John Mina says Rivera drove around for some time in the car with her wounded daughter before Aleyda died. Mina says the allegations that Rivera was having sex or suffering sexual abuse appear to be false.

Rivera is being held on a first-degree murder charge at the Orange County jail with no bond posted.