The new brewery, taproom and kitchen held a soft opening last week and plans to be open Tuesday through Saturday, 3 p.m. to 10 p.m.

Sideward Brewing, which is located in a century-old warehouse at 210 N. Bumby Ave., will serve "inventive beer, cider, cold brew, and more," according to a press release. 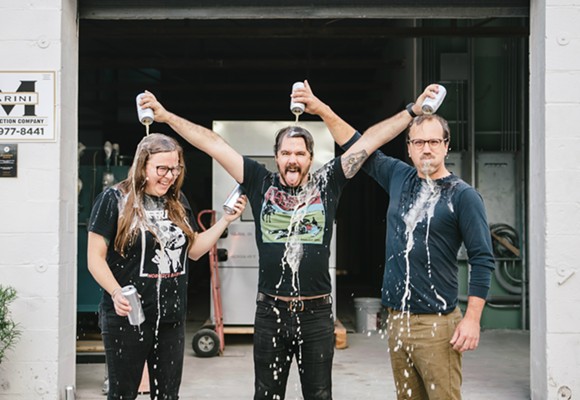 The venture was founded by Garrett Ward, Mandy Protheroe and Austin Ward. Both Garrett Ward and Protheroe have experience in the local craft beer scene.

Ward, head brewer at Sideward, created award-winning recipes at Red Cypress Brewery and Cask and Larder. Protheroe, who is Sideward's general manager, used to be the bar manager at Redlight Redlight.

"We're gathering some old, some new and some out of the ordinary ideas we think will really surprise our local beer drinkers. But in a good way," Garrett Ward says in a statement.