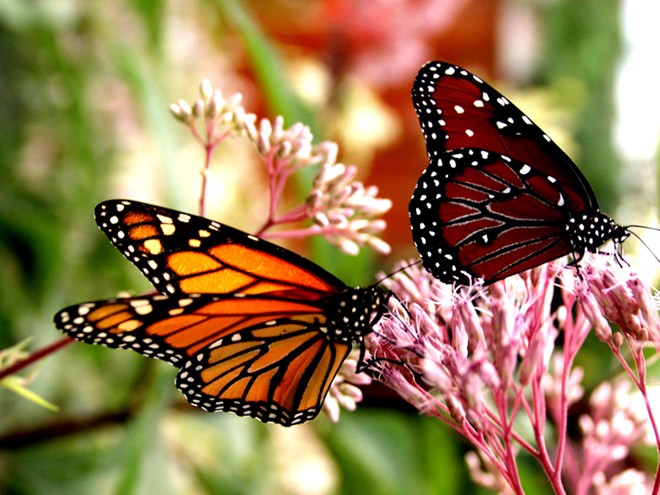 Thousands of gardens across the state of Florida are playing a part in saving pollinators and the nation's food system.

The Million Pollinator Garden Challenge was launched in 2015 as part of a nationwide call to revive collapsing bee colonies and improve the health of birds, bats, butterflies and other pollinators. The challenge was to register a million new gardens through the National Pollinator Garden Network – and through the efforts of schools, garden clubs, and mayors promoting community gardens, the goal was exceeded by 40,000 gardens.

Mary Phillips, senior director for the National Wildlife Federation's Garden for Wildlife program, is a co-founder of the network.

"Florida really stepped up," says Phillips. "As a matter of fact, the Miami-Fort Lauderdale metro areas contributed almost 20,000 pollinator gardens to this effort. And the Tampa-St. Petersburg areas were also very high, with close to 5,000."

Philips adds one in every three bites of food is a direct result of the work of pollinators. And research shows even small-scale gardens can increase pollinator abundance and diversity.

The goal may have been reached, but Phillips adds the urgency continues, and she encourages anyone to start a garden to provide more habitat for pollinators. The Eastern population of Monarch butterflies has increased by 144 percent – but Phillips says the news is still troubling for the West.

"It's so important, because across North America, pollinator populations have declined," says Phillips. "Specifically the Monarch butterfly over the last 20 years has declined by 90 percent, and pollinating insects are particularly being threatened due to the loss of habitat."

The Garden Network itself has grown to include more than 50 conservation, garden trade, and civic organizations that represent more than 850,000 members. Even Disney's Epcot International Flower and Garden Festival promoted the challenge during its annual festivities.