Travis Scott, hip-hop's 'king of chaos,' brings his Astroworld tour to Orlando at the Amway 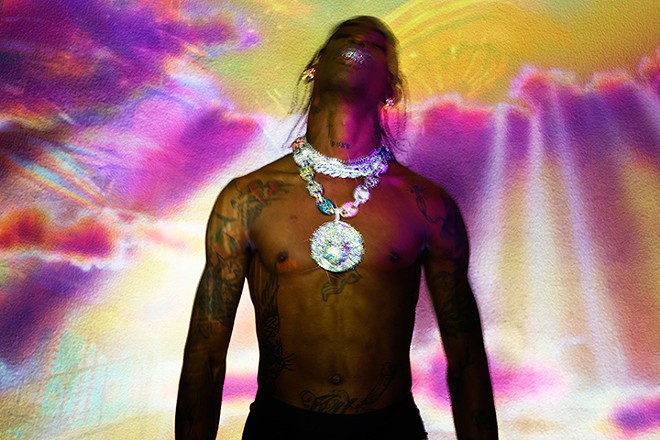 In his latest and arguably strongest album, Astroworld, rapper Travis Scott takes you on a psychedelic rap tour through his hometown amusement park when it was being shut down to make way for apartment complexes. Now on his largest and most ambitious tour to date, he brings it back to life on stage with the “Astroworld: Wish You Were Here Tour,” now on its second leg. The production is gigantic, squarely in line with the world-conquering ambition of a Beyoncé or KISS. And the tour is apparently so wild that it’s led Rolling Stone to dub Scott “hip-hop’s king of chaos,” but there’s clearly a method to his madness, with Billboard magazine hailing him as an arena-filling phenomenon akin to Kendrick Lamar and J. Cole. See for yourself this Friday.