Gatorland is getting an extra thicc new resident from The Villages 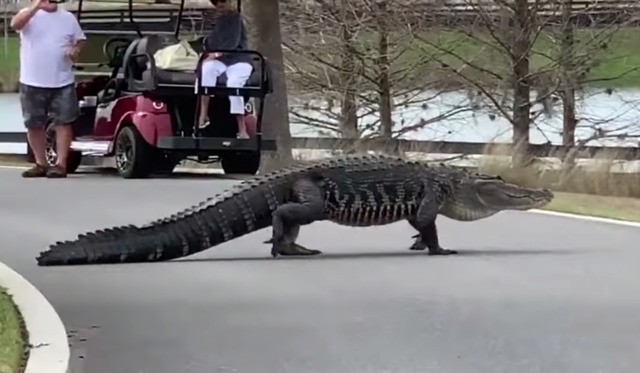 An 800-pound alligator affectionately nicknamed "Larry The Alligator" by residents at The Villages retirement community was recently relocated to a new home at Gatorland in Orlando.

According to WKMG, the hefty chonk arrived at the Orlando attraction Tuesday after trappers discovered he was being fed by humans, which is illegal.

"The Villages called and said he was getting too close to people and getting too comfortable. People had been feeding him," said Gatorland's Mark McHugh to the station, who also happened to mention that it was a colossal pain to wrangle this absolute unit. "We were pulling him out to bring him up here to release him to the lake and he was slinging our guys off like they were just ants."

Larry became a well-known fixture at The Villages after Marc Scher and his son, Jacob, shared a video of the massive gator near Brownwood Paddock Square.


This particular gator is pretty lucky, since it's extremely rare for gators to actually be relocated in the state of Florida. Typically nuisance gators, as they're referred to, are relocated to a bootery or a deep fryer.