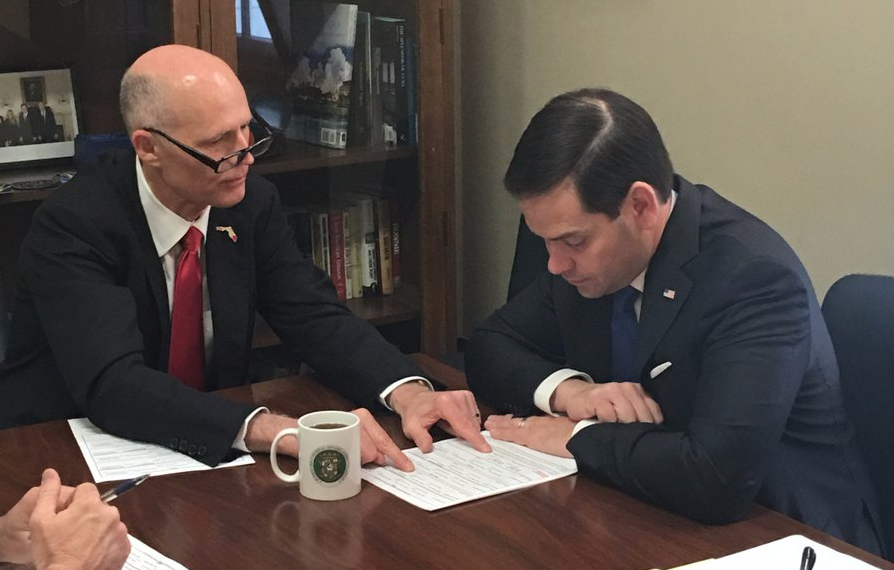 Rubio joined a cast of Democrats and 11 other Senate Republicans in the 59-41 vote against Trump declaring a "national emergency" to bypass Congress and get about $8 billion in funding for a wall on the U.S.-Mexico border.

"We have an emergency at our border, which is why I support the president’s use of forfeiture funds and counter-drug money to build a wall," Rubio said in a prepared statement. "However, I cannot support moving funds that Congress explicitly appropriated for construction and upgrades of our military bases. This would create a precedent a future president may abuse to jumpstart programs like the Green New Deal, especially given the embrace of socialism we are seeing on the political left."

Meanwhile, Scott held his ground with the Trump camp and voted with the minority in favor.

"For years, everyone in both parties has said they want to secure our border, but they never did anything about it," Scott said in a statement. "It’s time to get serious about border security and the safety of American families. That’s why I support the president’s efforts to secure the border and voted against the resolution of disapproval today."

It didn't take long for President Trump to respond via Twitter: "VETO!"