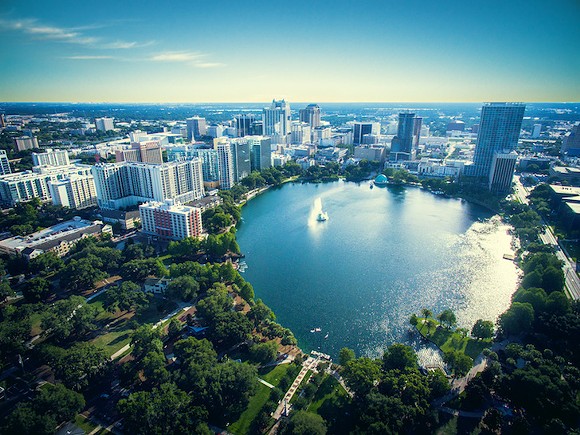 Orlando's affordable housing crisis has just imploded, in case you were wondering.

Orlando Weekly made that prediction last year when a 2018 report ranked the Orlando-Kissimmee-Sanford area second in the country for having the most severe affordable housing shortage, offering only 17 available and affordable units for every 100 extremely low-income renters.

It is now worse.

The Orlando metro area currently has only 13 affordable and available rental homes for every 100 extremely low-income renter households, according to a newly released report from the National Low Income Housing Coalition. The Orlando-Kissimmee-Sanford area now ranks first among the largest 50 metropolitan areas for the most severe affordable housing shortage in the country, beating out other cities like Las Vegas, Los Angeles and Houston.

"The Gap" report also found that Florida as a whole only offered 26 available and affordable units per 100 renters, and it ranked first among states where low-income renter households are severely cost-burdened, with 80 percent. A "severe cost burden" is when households spend more than 50 percent of their income on rent or mortgage rather than food, transportation, health care and other necessities.

Essentially, it means that the very little affordable housing that's available in Florida is also pretty expensive for people on fixed incomes or those working full-time earning Florida's depressing minimum wage of $8.46.

"The private market provides too few homes affordable to the lowest-income renters," the report says. "What extremely low-income renters can afford to pay for rent does not cover the development and operating costs of new
housing, and it often is not sufficient to provide an incentive for landlords to maintain older housing."

Extremely low-income renters are households with incomes at or below the federal poverty guidlene. A four-person household would have to earn at or below $25,750, according to the 2019 guidelines. And as the report points out, the majority of these extremely low-income renters (48 percent) are seniors or disabled. About 44 percent are in the labor force, working as single-adult caregivers or going to school.

"The Trump Administration proposes higher rents, ineffective work requirements and other rent reforms to encourage work among low-income
recipients of housing assistance," the report notes. "The vast majority of extremely low-income renters, however, already work in low-wage jobs or they are unable to work."

Black, Native American and Hispanic renters are also more likely than white renters to have extremely low-incomes, largely due to "historical and current
discrimination," according to the report.

"This racial disparity is the result of higher homeownership rates and higher incomes among white households," the report says. "Decades of racial discrimination in real estate, lending practices, and federal housing policy have made homeownership difficult to obtain for minorities."

Orlando has been taking small steps in the right direction by bringing some affordable housing to the city, like the Village on Mercy project by Ability Housing, which is supposed to bring 166 affordable units to Mercy Drive.

But it's not enough to deal with the severity of the crisis, and it hasn't helped that for the past decade, Florida lawmakers have taken cash from the Sadowski Affordable Housing Trust Funds – $2 billion to date – to plug holes in the budget.

Gov. Ron DeSantis has proposed not sweeping the Sadowski funds this year in his budget, but whether state lawmakers will listen to him remains to be seen.

In the meantime, Orlando's affordable housing crisis rages on with no apparent end in sight.