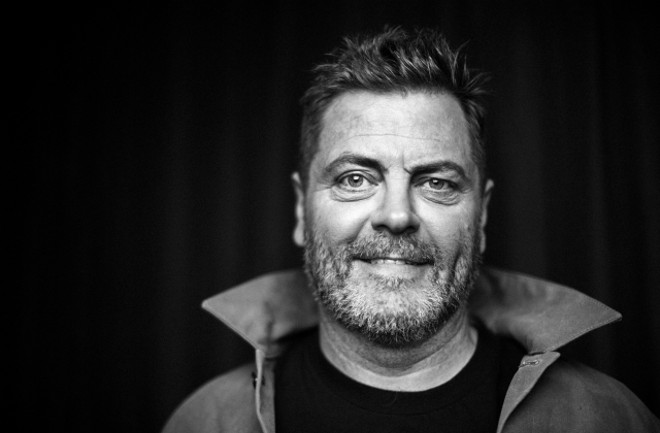 Offerman, best known for playing the bacon-obsessed curmudgeon Ron Swanson on Parks and Recreation, will be bringing his one-man show "All Rise" to the Hard Rock on Dec. 5 at 7 p.m.

The show promises to be a "evening of deliberative talking and light dance that will compel you to chuckle whilst enjoining you to brandish a better side of humanity than the one to which we have grown accustomed," according to a press release.

"My aim in this undertaking is to encourage my fellow Homo Sapiens to aim higher in life than the channels of consumerism would have us imagine," Offerman says in the release. "It's a proper revival suggesting the existence of a higher power in the land than commerce, one that will cause you to pop, lock and rejoice! Come on down and hear the good news that will make you go jingle-jangle in your juice box."