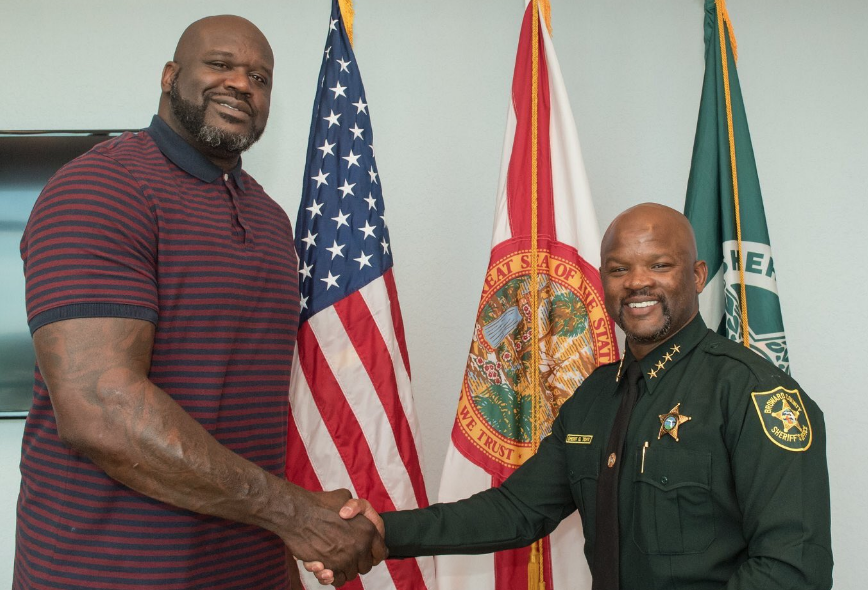 He can dunk. He can DJ a mean set. And now Shaq can help arrest you.

Basketball legend @SHAQ goes by many nicknames, and now added to that list is Deputy Shaq. The big man now works as an auxillary deputy with the #BSO. Sheriff Tony sat down with Shaq and the two talked about the different ways law enforcement works to keep communities safe. pic.twitter.com/H8j2lwUm0B


Auxiliary law enforcement officers have the authority to arrest and perform law enforcement duties, while under the direct supervision of a full-time or part-time officer, according to Florida law. Departments usually hire them, though, to help with activities like DUI enforcement checkpoints or special event traffic.

This isn't the former athlete's first foray with law enforcement.

In 2016, O'Neal was previously sworn in as a sheriff's deputy in Clayton County, Georgia.