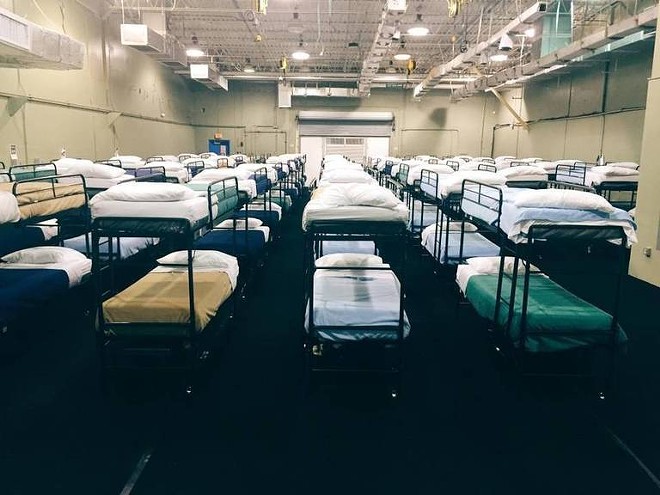 The data, obtained by The News Service of Florida as part of a public records request, outlines allegations at the Homestead temporary migrant children’s shelter just south of Miami. The facility was reopened by the federal government last March as part of the Trump administration’s “zero tolerance” border enforcement policy, which swelled the number of migrant children being housed in facilities like the one in Homestead.

Since then, the Florida Department of Children and Families has investigated sexual-abuse claims at the facility, including two allegations that state records say involved staff and legal guardians caring for migrant children. Investigators later said there were no “indicators” of abuse, but some lawmakers remain concerned.

“Knowing what we know about children in vulnerable situations, the only conclusion we can make is that this is the tip of the iceberg because we know there’s under-reporting,” state Sen. Jose Javier Rodriguez, D-Miami, said when told by the News Service that the state had investigated allegations of child sexual abuse at the shelter.

The state did not provide details of the investigations, citing a public records exemption that makes child-protective investigation records confidential.

The information released, however, makes clear that two of the cases investigated by the state involved caregivers. The other four cases focused on allegations of “child-on-child sexual abuse” at the shelter, all of which ended without any disposition from the state, records show. The length of the child-on-child investigations ranged from two days to three weeks, according to the Department of Children and Families.

“If DCF receives a report alleging child-on-child abuse at the Homestead facility, the department would refer the allegations to the federal government,” said DaMonica Smith, a DCF spokeswoman.

That’s because, generally, in cases that do not involve facilities on federal land, the state agency will investigate cases of child-on-child abuse and refer those involved to receive services, Smith said. But because the Homestead facility is operated by the federal government, the state has no jurisdiction over the facility to follow that general protocol.

It remains unclear what the findings were on the four cases of alleged child-on-child abuse that DCF referred to the federal government. Three of them were closed by DCF as late as January of this year. Neither Comprehensive Health Services, the contractor that runs the facility, nor the U.S. Department of Health and Human Services responded to questions about those cases.

DCF does not have any involvement with the migrant children at the shelter nor does it have jurisdiction to license the facility, which as of late February housed roughly 1,600 kids ages 13 to 17.

All six allegations of sexual abuse at Homestead were made through the Florida Abuse Hotline. Smith said they were first referred to the federal government because the allegations fell under their jurisdiction. Then the state agency was allowed to investigate the cases.

“The Homestead facility has discretion to allow DCF to conduct child protective investigations as we do not have jurisdiction,” Smith said.

That included the two state investigations that looked into alleged child sexual abuse by caregivers, which DCF handles differently than those involving child-on-child abuse.

“DCF investigates all allegations of abuse, abandonment or neglect by a person serving in a caregiver role that are reported to the Florida Abuse Hotline and meet statutory criteria,” Smith said.

The state in August began the first case involving allegations of child sexual abuse by a caregiver. Fifty-six days later, the probe into what the state called “institutional sexual abuse” was closed, citing “no indicators” of abuse, state records show.

The second state investigation involving allegations of a legal guardian sexually exploiting a migrant child in the facility opened in November. The state closed the books on that case two months later after it again found “no indicators” of abuse.

"Allegations of child sexual abuse must be thoroughly investigated and addressed, particularly those that occur under the government's watch. That it is unclear whether anyone is responsible or even able to fully investigate these allegations should shock the conscience of all of us,” said Neha Desai, director of immigration for the National Center for Youth Law.

The U.S. Department of Health and Human Services, which oversees the contractor that runs Homestead, said any allegations of sexual abuse or sexual harassment involving federal staff result in immediate suspension and removal from duties that give the staff members access to migrant children. The federal agency declined to comment on the six cases DCF looked into.

Over a four-year span, HHS said there’s been a total of 178 incidents of alleged sexual abuse involving staff on minors reported across the nation, none which involved federal employees, officials said. HHS did not provide a breakdown on the number of allegations tied to the Homestead facility.

In Congress, Democrats have raised questions about safeguards that the federal government has put in place to protect migrant children from sexual assaults at shelters. In Florida, state lawmakers also expressed concern about what can be done to fully investigate allegations of child sexual abuse.

State Sen. Anitere Flores, R-Miami, said there should be better oversight of the cases, whether it is at the federal or state level.