Get a first look at Orlando rapper Skip's new music video for 'Red vs. Blue' 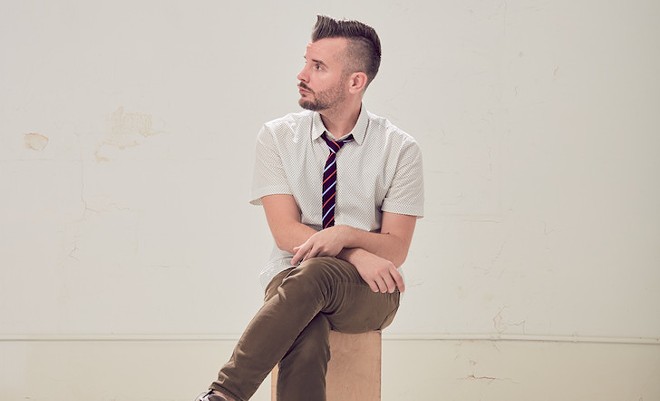 Orlando rapper and Second Subject affiliate Skip today releases a music video for the single "Red vs. Blue," taken from the upcoming reissue of his album Until the Very End, and we've got an exclusive first look at it!

Originally released in 2010 with production from Swamburger, Until the Very End was well received at the time, but soon after Skip would set aside rapping to focus on design and film work. After encouragement from his Second Subject family (also home to the likes of Sean Shakespeare and E-Turn), Skip decided to reissue the album with the bonus addition of a self-illustrated comic book to further flesh out the concepts found on the album.

The reissue of Until the Very End (with bonus comic) drops on April 2; on April 5 at Iron Cow there will be an album release party with Skip and Divinci performing, along with J-Live and more. But in the meantime, check out the brand new video for "Red vs. Blue," directed by the artist himself, below!