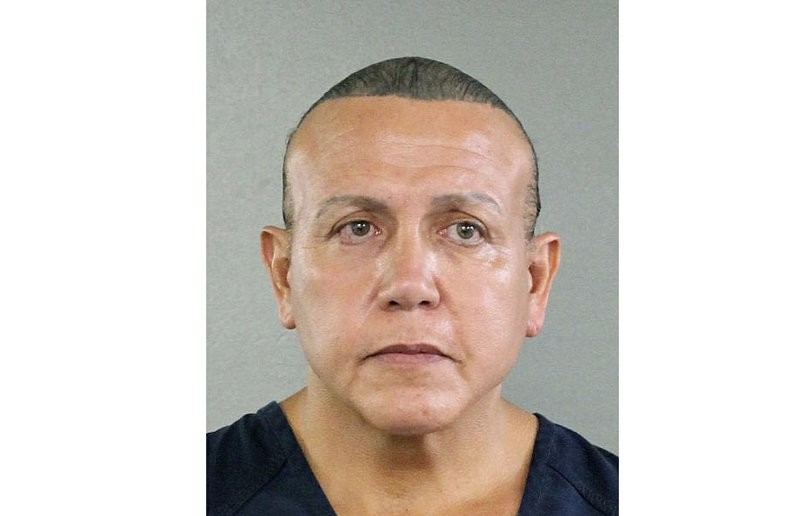 "I know that these actions were wrong, and I'm sorry," Sayoc reportedly said.

Sayoc was arrested last October in Florida outside a van he was living that was covered in a variety of right-wing political bumper stickers, including one with rifle scope images over the faces of Hillary Clinton and former President Barack Obama, as well as a massive portrait of Trump. The Aventura man also had a criminal history and maintained disturbing social media accounts filled with right-wing conspiracy theories and graphic threats to Trump critics, as well as racist, anti-Semitic and transphobic memes.

No one was physically injured by the homemade pipe bombs, though FBI officials said each device consisted of roughly six inches of PVC pipe, a small clock, a battery, wiring, and "energetic material" capable of exploding if exposed to heat, shock or friction.

Before a judge, Sayoc said he "never intended for the devices to explode," but acknowledged they could have been set off, according to NBC News.