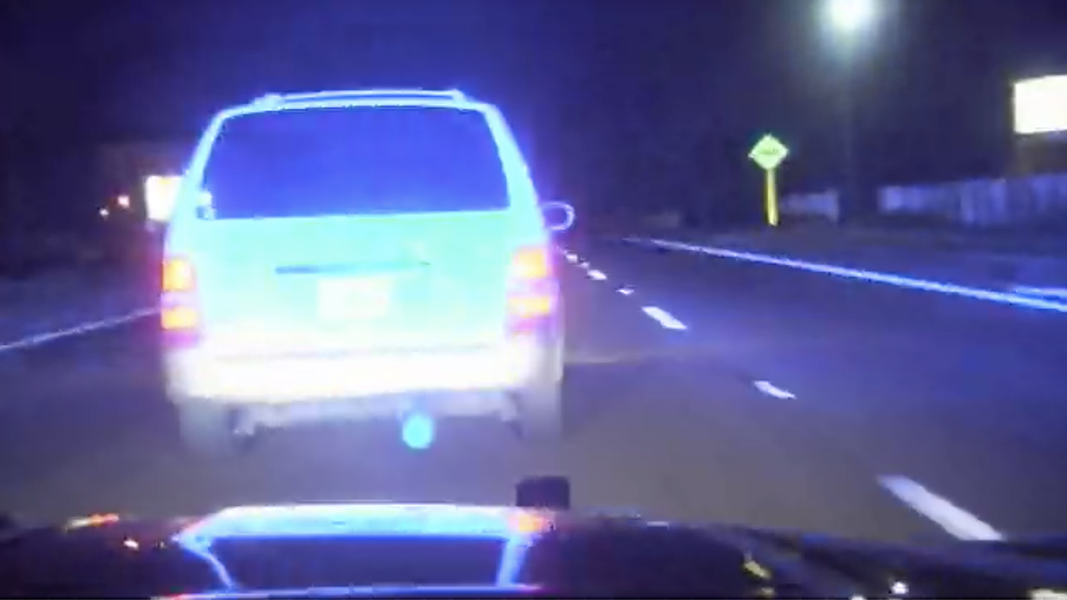 A Florida Highway Patrol trooper darted a small, soda can-sized tracking device on the back of a fleeing minivan during a chase late Wednesday night, and the cruiser's dashcam footage makes the slick deployment look like something out of a Batman film.

As the pursuit carried over county lines, an FHP trooper equipped with a GPS dart system named "StarChase" joined in and tailed the suspect's Kia minivan. The trooper activated the system, according to the report, and positioned his car behind the suspect's going roughly 60 miles per hour.

The StarChase software gave a go-ahead to "fire," the report said, and the officer launched from between the cruiser's headlights a soda can-sized GPS tracker, or a "tag," that stuck snugly next to the suspect's license plate.

Watch this state trooper dart a soda can-sized GPS tracking device on a fleeing suspect's car mid-pursuit. The tech is called StarChase, and it shoots a "tag" out of the cruiser's front grill using a compressed-air system. It pings out a tracking signal every few seconds. pic.twitter.com/ufdTP4usEp


"I got the vehicle with StarChase," the trooper could be heard saying in the footage. "I got the mapping program up on my end, so I can see real-time where he's going."

The cadre of police cars eased off Thomas as he sped off – a protocol when an officer deploys one of the probes. The state trooper eventually sped ahead of Thomas to roll out a spike mat on a state toll road not far from where he was later arrested.

The GPS tag allowed the interagency headquarters in Tampa to track Thomas' vehicle before he was arrested, and like most incidents, it's only deployed when physically ramming the suspect's car is too risky and dangerous.

Steve Gaskins, FHP's spokesman for the Pasco County area, said that Thursday morning's chase was the second time in the past week his troopers deployed a StarChase tracker successfully.

Deploying the high-tech device is seen as a safe alternative to pursuit immobilization technique maneuvers (PITs), where officers attempt to end high-speed chases physically with their patrol cars. PITs are usually carried out by nudging the rear-side of the suspect's vehicle mid-pursuit, causing it to spin out to a stop.

But not all highway patrollers have StarChasers. In fact, the north Tampa Florida Highway Patrol – where chases are most common in Florida – is one of a few regions in the state testing StarChaser for instances like Thursday's pursuit.

"We have a very strict policy on the way we can use that," Montes says regarding FHP's use of StarChase. Troopers can't use the GPS tags for surveillance or any intelligence-gathering operations. An officer also wouldn't be able to shoot motorcycles, mopeds or ATVs, the newly formed policy states.

While troopers around Orlando aren't equipped with the StarChaser tech, the Orlando Police Department is among the few local law enforcement agencies in Florida that does have the technology.