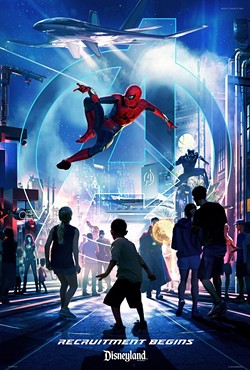 Lately, all the news has been on Disney's latest big buy, Fox, but the company is still far from finished with their previous purchases.

Now with Pixar and Star Wars finally being used to their full potential the company is looking at another acquisition for inspiration in its parks. Since purchasing Marvel in 2009, Disney has been working overtime to pump new life into the brand. New Marvel attractions are now in the works at Disney parks worldwide, even in Orlando, where the company has barred from using many of the most popular properties thanks to a Marvel contract with Universal that pre-dates Disney's purchasing of the brand.

In California, Marvel-themed land has been rumored for years with Disney acknowledging the project last year. Now new details regarding the California project, a new Marvel land in Paris, and the Marvel re-theme of Hong Kong Disneyland's Tomorrowland have now all been confirmed by the company.

"The Avengers are setting up new Headquarters and training facilities around the globe to inspire all potential recruits willing to step up and become something more. As part of this global initiative, Tony Stark has founded the Worldwide Engineering Brigade – or WEB for short – to develop advancements in super-powered technology, including new enhancements to Spider-Man’s suit as their debut project. By bringing together the world’s brightest young inventors, the WEB is creating new interfaces that will empower all of us to join the ranks of Earth’s Mightiest."


The Worldwide Engineering Brigade, or WEB, is a Tony-Stark backed group that helps explain why the different Marvel characters will be seen in a single location. This lines up with previous rumors of hits of Marvel with new experiences based around Spider-Man, Dr. Strange, Ant-Man and the Wasp, Black Panther, and others.

Drake explains that the area will be more than just meet-and-greets; "Besides introducing WEB, we can't wait to debut a brand-new, cutting-edge interface as part of this fun, interactive attraction. Through a blend of never-before-seen technology and practical effects, guests will get to experience for themselves what it is like to have the abilities of a Super Hero."

The area already has a Guardians of the Galaxy-themed drop ride. The new Spider-Man ride could possibly be using the swinging ride system that the company patented a while back. Previous rumors of a microbrewery, stage show, and walk-through attraction all still seem likely.

WEB will also be used as the overarching theme for the new Marvel land at the Walt Disney Studios park in Paris.

The Paris plans call for stunt show, an Iron-Man redo of Rock 'n' Roller Coaster, and what looks to be an Ant-Man themed restaurant, possibly similar to the microbrewery rumored for California. A Marvel art-themed hotel is also in the works for Disneyland Paris. That hotel will be a re-theme of a section of the resorts' Hotel New York.

In Hong Kong, WEB has been replaced with Stark Expo, but the concept remains mostly the same. An Ant-Man shooter ride will replace Buzz Lightyear, while a new Avengers ride is also in the works. In 2017, an Iron Man-themed motion simulator and a temporary Dr. Strange-themed Marvel walk-through attraction, viewed as a possible proof-of-concept, opened in the park.

While most of the attractions will likely never be realized in Orlando, thanks to that Universal contract, a few characters are allowed at Walt Disney World. A new Guardians of the Galaxy ride is currently under construction at Epcot, and Dr. Strange has previously had a meet-and-greet at Hollywood Studios. In those cases, and others like the Marvel-themed gift shop at Disney Springs, the name Marvel is not used.

The Epcot attraction will open before 2021 with the Marvel lands in California and Paris opening around that same period.

An updated Spider-Man costume was also unveiled in the recent announcement. That updated costume is already in use in meet-and-greets at Disney California Adventure. 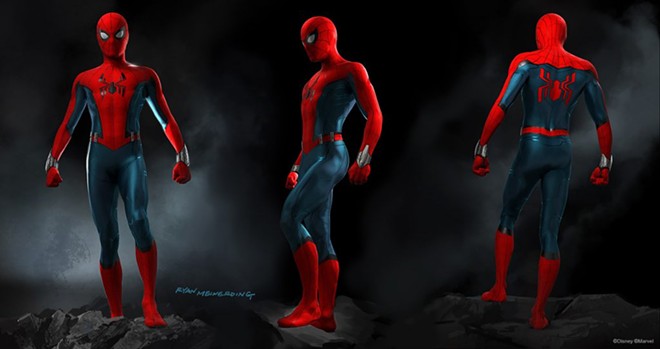