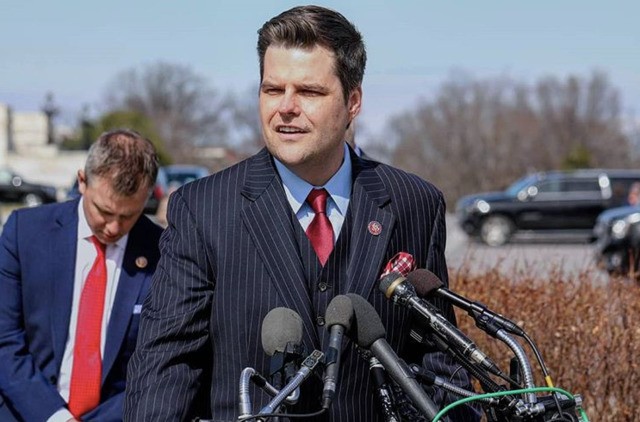 U.S. Rep. Matt Gaetz, the Florida Republican who once tried to get rid of the federal agency protecting the environment, is now all aboard the climate change train.

"Climate change is real," he told the Pensacola News-Journal earlier this week. "It's not something people get to choose to believe in or not."

Gaetz, R-Fort Walton Beach, is drafting a resolution in Congress dubbed the "Green Real Deal," a conservative counterproposal to the "Green New Deal" proposed by Congresswoman Alexandria Ocasio-Cortez, D-New York, last month – a piece of legislation that aspires to drastically alleviate the effects of climate change while stimulating the national economy.

"A lot of older members in Congress have been denying the science of climate change for many decades, and sometimes, it's hard to get people to change their view on something even in the face of overwhelming evidence because, in Washington, nobody wants to be viewed as a flip-flopper," Gaetz said, referring to the 150 Republican congressional members who deny the scientific consensus behind our climate reality, according to the left-leaning Center for American Progress Action Fund. "I fear the judgement of history more than I fear the ridicule of my own party."

We here at Orlando Weekly have a history of cupping our faces in our hands, mid-sigh, at the sight of most Gaetz-involved headlines, whether they're about how Gaetz tried to argue that he didn't know his guest to the 2018 State of the Union address was a white nationalist and Holocaust denier, or how he unironically called Florida's toxic algae crisis "horrifying" after attempting to abolish the U.S. Environmental Protection Agency in 2017 via a one-sentence bill.

The fact that an elected GOP member is finally contributing to the conversation on how to combat climate change instead of drifting toward talking points like "farting cows" isn't quite awe-inspiring, but it's at least a step in the right direction.

Though the Green Real Deal bears a resemblance to the Green New Deal by calling for a more efficient energy grid and more renewable energy, Gaetz's plan highlights cheapening the process of implementing nuclear energy.

These are good, albeit not drastic enough, ideas coming from an elected official with a history of absolutely terrible ideas. But they mean nothing unless Gaetz can sway his GOP colleagues, who, in the U.S. Senate earlier this week, forced a vote on the Green New Deal in an attempt to split Democratic support of the legislation.

The measure was voted down without a single Senate Democrat's support.