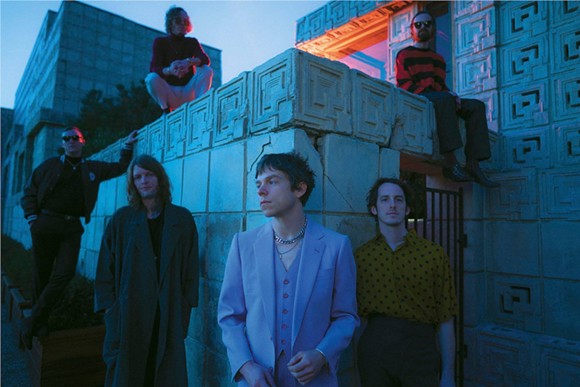 Cage The Elephant already has an August concert scheduled in Tampa (Beck, Spoon and Sunflower Bean are also on the bill), but fans of the Grammy-winning rock act are going to get a chance it see the band, for free, at Curtis Hixon Park on April 10.

The gig is happening before the Tampa Bay Lightning’s game one match-up in the opening round of the Stanley Cup Playoffs. It’s the second time the NHL has used The Curt as a venue in the last two years, and we’re excited to see whether or not the park will be as dolled up as it was when the league used it to stage free concerts from Moon Taxi and Fitz and the Tantrums as part of festivities surrounding the All-Star Game in 2018

Cage The Elephant last played the park as a Saturday headliner for Gasparilla Music Festival 2017 and boasts what is easily one of the best modern rock shows on the road right now. This concert should shape up to be quite the Lightning pep rally.

What's more is that the Lightning has once again embraced local talent by tapping Tampa roots-reggae outfit Tribal Style to entertain fans on the plaza outside Amalie Arena during game two of the opening round of the playoffs.

The Heard cage the elephant