Bigfire's main feature will be a custom wood fire grill where guests can see their meal prepared from anywhere in the venue. The two-story restaurant will be themed in the style of a "grand lakeside lodge, creating an atmosphere reminiscent of summers spent by the water," according to a news release.

"Each dish will be expertly paired with the perfect type of wood to bring out the smoky goodness in each bite," Universal says. "From Cherrywood to Pecanwood and more, the pairings will add bold flavors to the American classic dishes and unique entrees, including a signature bison burger, coffee, chili and cocoa rubbed top sirloin, delectable freshwater trout, mouth-watering smoked salads and more." 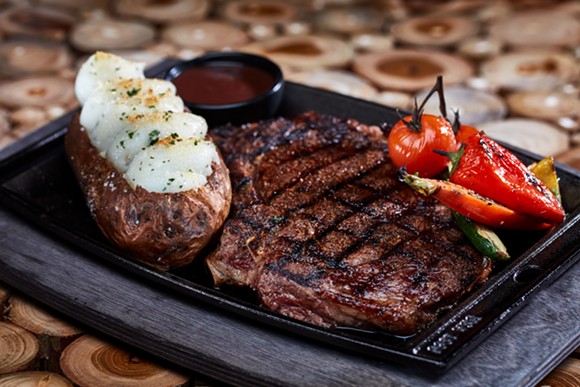 Bigfire will also feature s'mores that guests can prepare themselves at their table, the release says. The restaurant will be located between VIVO Italian Kitchen and Jimmy Buffett's Margaritaville.