ACLU warns immigrants, people of color that their rights might be violated while visiting Florida 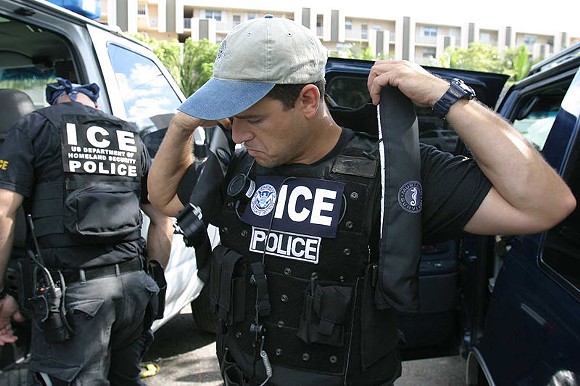 The American Civil Liberties Union of Florida and other advocate groups are warning immigrants and people of color that their constitutional rights may be violated while visiting the Sunshine State.

The statewide travel advisory comes as a response to two proposed bills in the Florida Legislature, SB 168 and HB 527, which aim to prohibit sanctuary policies and require state and local governments, as well as law enforcement officials, to support the enforcement of federal immigration law.

The Southern Poverty Law Center, Farmworkers Association of Florida, Florida Immigrant Coalition, Organize Florida, QLatinx, Friends of Miami-Dade Detainees and the Community Justice Project are among the coalition of civil rights and immigrants rights groups to issue the advisory.

Immigrant rights advocates say the bills prohibit localities from adopting policies that limit cooperation with federal immigration enforcement. In a press release, the officials caution the state's communities of color of the "increased likelihood of racial profiling, unjust detention and possible deportation" if the anti-sanctuary city measures are passed.

ACLU officials say the bills would expose counties and government entities to potential legal and financial liabilities if they require local authorities to comply with federal immigration officials.

"Last month, a report revealed that in just two years after agreeing to working with [U.S. Immigration and Customs Enforcement officials], Miami-Dade County records showed that 420 people listed as U.S. citizens had false detainer requests issued again them," the ACLU says in a statement. "Its finding comes on the heels of three lawsuits that have recently been filed against Florida authorities for holding people on detainers."

"ICE's broken detainer system has wrongfully disrupted the lives and families of Floridians," says ACLU of Florida executive director Micah Kubic. "If either SB 168 and HB 527 become law, then we'd find this disruption occurring on a statewide level. Forcing Florida law enforcement agencies to comply with ICE detainers only exposes themselves to damages liability for constitutional violations and threatens the civil rights of Floridians."

The coalition of groups argue the policy would have a negative economic impact on Florida businesses.

"Taking precious resources away from law enforcement to further target Floridians families for deportation comes at an extremely high financial and moral cost," says Thomas Kennedy, political director at the Florida Immigrant Coalition. "It's more important than ever for immigrants to feel like they can turn to their local elected officials and police force to protect them. Instead, immigrant communities are being threatened, profiled, harassed and detained in greater numbers. Florida lawmakers need to realize that there will be consequences for attacking our families."

Kennedy adds: "The world is watching Florida right now, and what we do next as a state will determine whether people will still want to visit us and if industry leaders still feel comfortable doing business with us."