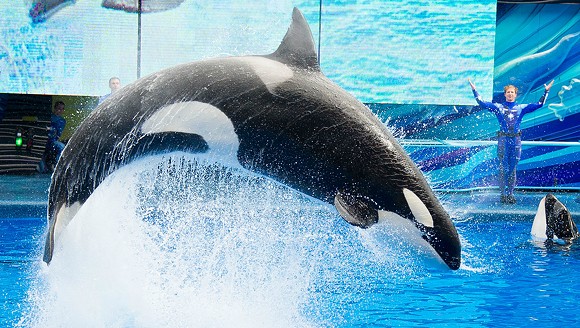 The U.S. Securities and Exchange Commission charged a former senior SeaWorld lawyer with insider trading Tuesday for allegedly exploiting his access to the company's nonpublic information to enrich himself.

As SeaWorld Entertainment's associate general counsel and assistant secretary, Paul B. Powers, 60, of Winter Park, had access to the theme park company's key revenue information. After receiving a confidential draft of SeaWorld's 2018 second quarter earnings that showed a strong financial performance on Aug. 1, Powers allegedly purchased 18,000 shares of SeaWorld stock the next day, according to the complaint filed by the SEC in Orlando at the U.S. District Court for the Middle District of Florida.

Four days later, when SeaWorld's earnings release went public on Aug. 6 with the company's stock up 17 percent, Powers sold his SeaWorld shares for about $65,000 in illicit profits, the SEC says.

"As alleged in our complaint, Powers blatantly exploited his access to nonpublic information by misusing SeaWorld's confidential revenue data to enrich himself," says Kurt Gottschall, director of the SEC's Denver Regional Office, in a statement. "Investors should feel confident in the integrity of corporate officers, particularly attorneys. The SEC is committed to swiftly pursuing insiders who breach their duties to investors."

The SEC charged Powers with fraud. The attorney has agreed to a "permanent injunction with the amounts of disgorgement and penalties, if any, to be decided by the court," according to the SEC.

The Department of Justice also announced Tuesday that Powers pleaded guilty on one count for his role in an "insider-trading scheme."

"Paul Powers admitted today that he used information gained through his position as a senior executive at SeaWorld to unlawfully profit from trades in hundreds of thousands of dollars’ worth of SeaWorld securities," said Assistant Attorney General Brian A. Benczkowski in a statement. "The Department of Justice and our law-enforcement partners will hold executives accountable for their criminal conduct, particularly conduct that threatens the integrity of our capital markets."