Bleubird and Rickolus go Cat 5 on Orlando as Hurricane Party

When you merge two artists like Bleubird and Rickolus, who aren't just credentialed but also interesting, the results could be exponential. Well, that cross-Florida collab, Hurricane Party, is winding up and bringing heat. 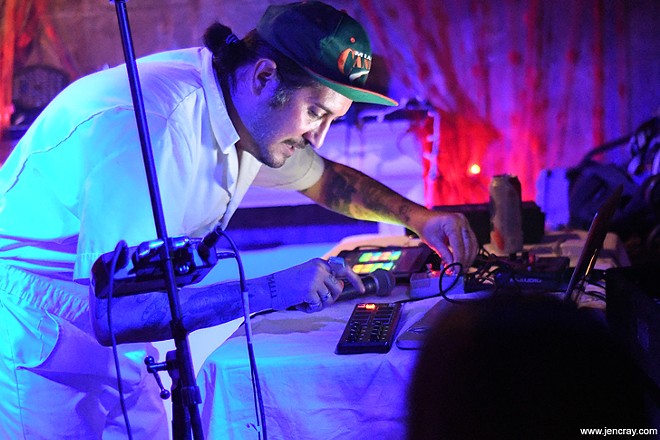 Even though his many years of distinctive work have earned him 24K street cred with the indie-rap cognoscenti and a spot on the vanguard roster of groundbreaking hip-hop label Fake Four (who recently released the landmark solo debut of Orlando star E-Turn), Ft. Lauderdale luminary Bleubird continues to be one of the most underheralded MCs alive. Still, despite being perennially underrated, he continues to blaze his singular trail with style and flair as one of the preeminent and most original rap voices to come out of Florida.

Jacksonville Beach's Rickolus is the intriguing X factor. Although he's got credits in the same alt-rap galaxy with releases on Fake Four and other collaborations with heavyweights like Astronautalis, he's a somewhat chameleonic alt-pop singer, musician and producer.

Together, this relatively new cross-genre act is a chemical reaction that bridges rap and song in a way that crashes the hip-hop frontier with the kind of mischievous party splash that makes cats like Buck 65 seem like bookish squares.

With a range of reference wide enough to go from 1980s pop to trap, Hurricane Party is a postmodern explosion that rains down like neon confetti. And they are Florida as fuck, oozing our essence and terroir in all its dazzling cliché like a hip-hop Miami Vice. 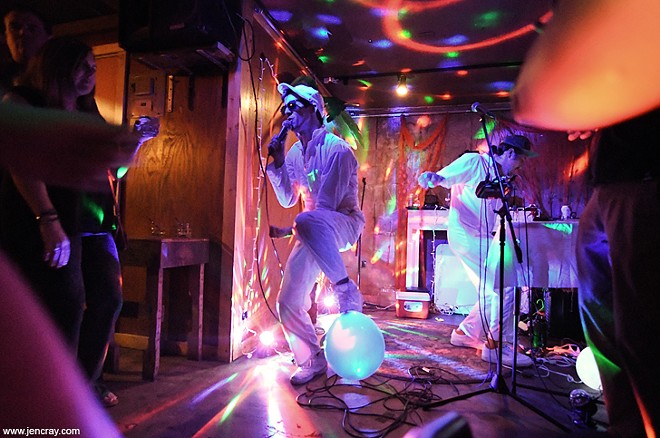 Although Bleubird's greased cadence and Rickolus' smooth croon attack at different angles, they share a precision of comedy and charisma, making them ideal foils for each other in this audacious enterprise to shatter boundaries. 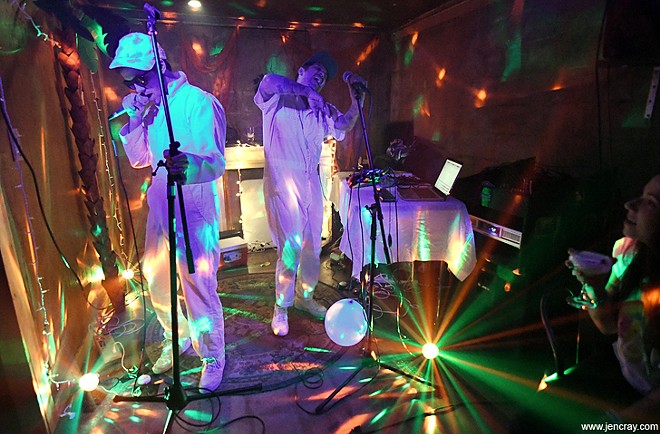 Combined, these left-field party-starters are the intersection of humor and smarts, swag and art. By the third song or so, they had the room uncorked and dancing along. Splitting sides and shaking asses, Hurricane Party show that being the class clowns and being the cool kids are not mutually exclusive.


Fortunately, Hurricane Party play Orlando with decent frequency for non-locals. But definitely watch for their next swing through because their upcoming new album (Juice) is slated for release early June on Limited Fanfare Records (the dope Miami label that just unleashed the Sh-Booms’ latest opus) so they'll be back for July release shows in Orlando and their respective hometowns.