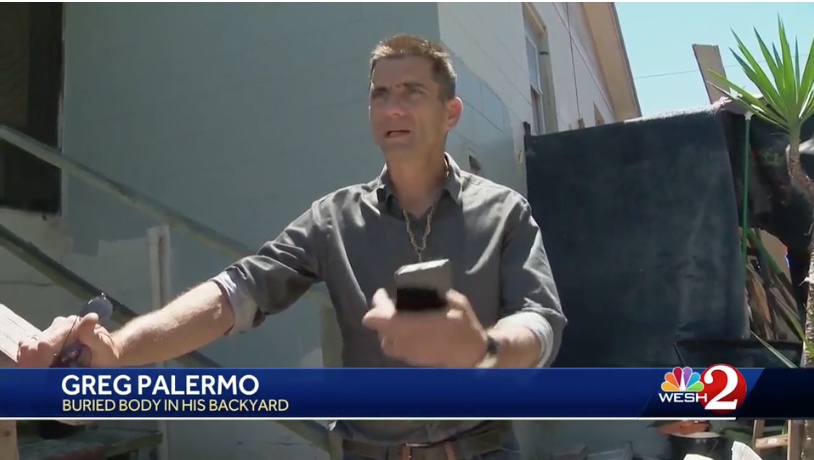 An Orange County man actually told WESH 2 that he buried a friend who died of an overdose in his backyard.

The Orange County Sheriff's Office was investigating a home near Universal Orlando Resort in the 5000 block of Glasgow Avenue Sunday after finding a buried body at the home.

The homeowner, Greg Palermo, told WESH reporter Michelle Meredith that he found his friend dead at his home from a heroin overdose. Palermo said he panicked because of previous arrest on a drug charge and decided to bury the man in his backyard.

"I made a bad decision because I was scared," Palermo told WESH.

The homeowner told deputies about the body while they were searching his house for drugs on a warrant, the TV station reports.

Orlando Weekly reached out to the Sheriff's Office for comment but did not receive an immediate response. Watch Palermo's full interview with WESH here.