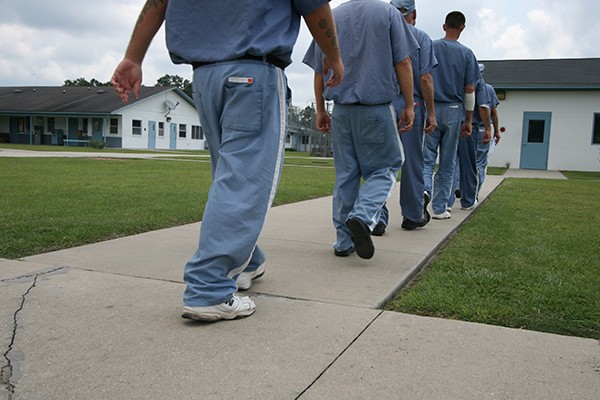 The ruling could potentially cost the Florida Department of Corrections as much $20 million more than what it is already paying to treat inmates with the virus, said Senate Criminal and Civil Justice Appropriations Chairman Jeff Brandes, who recently got a preliminary briefing from the department on the issue.

While the state was already mandated by the court to treat inmates with Hepatitis C, the ruling by U.S. District Judge Mark Walker expanded the number of inmates who will receive care because it includes those who are at the early stages of the disease.

The order will affect roughly 20,000 to 40,000 prisoners, according to the Florida Justice Institute, which sued the state in 2017 after inmates said they had been denied proper hepatitis C treatment.

“As a result of this order, thousands of people will be treated for hepatitis C and will no longer be at risk for cancer, liver disease and premature death,” said Dante P. Trevisani, executive director of the Florida Justice Institute.

The state admitted in court that it failed to provide inmates with proper hepatitis C treatment, something the state knew to be a “serious medical need,” in part because of a lack of funding, according to Thursday’s ruling.

“FDC (The Florida Department of Corrections) has come a long way,” Walker wrote. “But FDC’s improvement does not mean that it is no longer being deliberately indifferent to HCV-infected inmates, nor does it mean that there is no risk of such deliberate indifference reoccurring in the future.”

The ruling is expected to further strain the corrections system budget, and with two weeks left in the legislative session, time is running out to negotiate more money for the department.

“The question is, is it better to put a little bit more money in this year and begin to chip away at that?” Brandes, R-St. Petersburg, said. “There’s a lot of different ways we could do this.”

Michelle Glady, a Department of Corrections spokeswoman, said the agency is “committed” to ensuring all inmates in its custody, roughly 98,000, receive the “medically necessary treatment that is in line with national standards and our constitutional responsibilities.”

The costs to taxpayers remains unclear, but the agency’s latest budget request submitted before the final court order asked for $36.9 million to treat inmates infected with Hepatitis C. That did not include money for inmates in the earlier stages of the disease.

“The order does expand the number of inmates that will require treatment, but we are still in the process of reviewing the order and it is too soon to project additional funding needs,” Glady said.

The department uses a variety of medication brands, and the treatment for each inmate infected by hepatitis C also varies, so the cost of treatment per inmate is handled on a case-by-case basis, Glady said.

As budget negotiations move forward before the scheduled May 3 end of the session, Brandes said the Senate will determine what to do after prison officials pinpoint funding needs.

Rep. Clay Yarborough, a Jacksonville Republican who chairs the House Justice Appropriations Subcommittee, said his staff is also looking at the fiscal impact of the court order.

As health care drives up costs in the prison system, the department faces budgetary constraints in other areas. After Hurricane Michael hit Northwest Florida, prison facilities racked up structural damage of at least $30 million.

Since the start of session, Brandes has been sounding the alarm about the department being in “crisis,” arguing that the system is now a “health-care provider that houses inmates.”

“There’s a lack of education and transition programs because of the enormity of money we are spending on health care,” Brandes said.