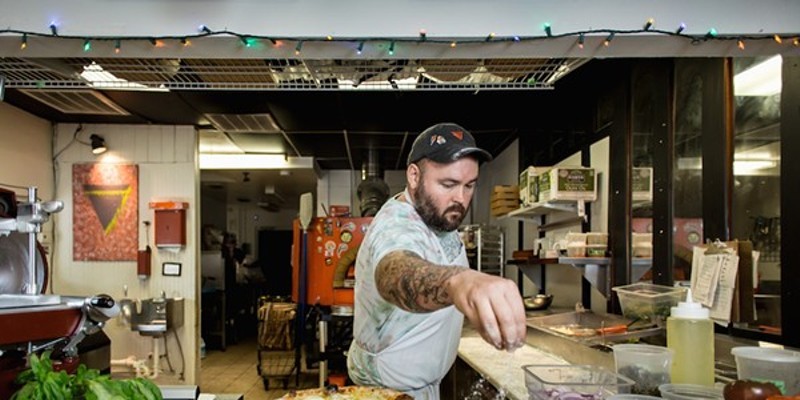 Zacchini says the decision was made based on a trend of decline after Pizza Bruno's second month in business at the brewery.

"It's the reality of doing business downtown, which is tough," Zacchini says, "and the financial pressure of maintaining it wasn't worth the continued effort."

No word yet on who'll be the new food vendor once Pizza Bruno vacates the space on April 30, but we've reached out to Orange County Brewers for comment.

In the meantime, Zacchini is focusing all energies on expanding Pizza Bruno on Curry Ford Road (he's adding an outdoor patio this summer), opening Slice by Pizza Bruno in Mills 50 this June, and opening Bagel Bruno one month later in College Park.