A minimum wage hike in Florida would cost the state $540 million in 2027, report says 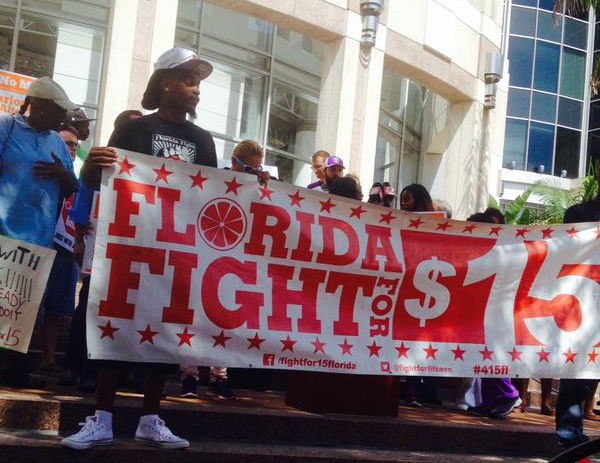 According to the Financial Impact Estimating Conference, which submitted its calculations Monday to the Florida Secretary of State's office, the Sunshine State would be on the hook for roughly $540 million in 2027 if the proposed amendment qualifies for the November 2020 ballot.

The officials also note in their estimate that it would cost millions more in the five-year lead-up to the full $15 minimum wage implementation.

If successful, here's how it would work: If the group Florida For A Fair Wage, led by Orlando attorney John Morgan, gathers the necessary 766,200 signatures to place the proposed measure on the 2020 ballot (the group currently has more than 96,000), and if Florida voters then approve the measure in next year's election, it would then call for $1 per hour annual increases that culminate at $15 per hour in September 2026.

The move would actually set Florida apart from every other state in the U.S. The only exception nationally is the city of Seattle in Washington, which hiked its citywide minimum wage to $15 an hour in 2016.

Without the proposal, at least according to where state workers' rights stand as of now, Florida's minimum wage would only increase to a very underwhelming $9.10 an hour from its current rate by 2022.

Even so, the estimators put an emphasis on the eventual price tag.

In the first year of the proposal's implementation, the report's authors note, the amendment would come with a $15.7 million impact to the state, which would later increase to $537.6 million upon full implementation in 2027.

Included in the $15.7 million first-year impact, $8.8 million of which would be felt by school districts, the study estimates. It also predicts that local government will take a hit of about $3.8 million, and the Florida College System would have to eat it with about $1.9 million in costs.

The impacts would increase each year, congruent with the minimum wage.

"There is a direct cost associated with increasing employee wages to meet the new required minimums," reads an estimating report. "Relative to the private sector, state and local governments have fewer options for addressing these costs. Nearly all of them involve some reduction in the number of affected employees or the number of hours they work."

In other words, someone will have to pay for the minimum wage hike.

Still, the proposal will have to find its way on the ballot first. And if it does, the same estimates cited above will appear alongside a ballot summary for the voters to read for themselves before making a decision.