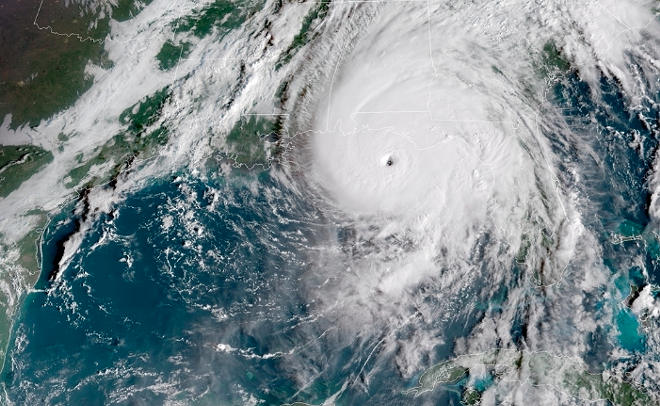 Gov. Ron DeSantis wants President Donald Trump to increase federal assistance for Hurricane Michael recovery after the strength of the deadly storm was upgraded to a Category 5.

DeSantis requested in a letter Friday that a federal share of costs be bumped from 75 percent to 90 percent. The letter came the same day the National Hurricane Center’s post-storm analysis determined the Oct. 10 hurricane had an estimated peak intensity of 160 mph, 5 mph stronger than previously listed.

The change made Michael a Category 5 storm —- the most-powerful classification on the Saffir-Simpson Hurricane Wind Scale —- just before landfall in Mexico Beach.

The governor’s office said Monday that the increased federal reimbursement level would “save the state and Northwest Florida communities hundreds of millions of dollars.”

“In the city of Mexico Beach alone, over 93 percent of all buildings were reported damaged and just under 50 percent reported as destroyed,” DeSantis wrote in the letter to Trump. “The cost for Northwest Florida to recover and rebuild from this storm will definitively exceed our threshold.”

DeSantis said in the letter that Michael’s impact will exceed $2.6 billion, with state agencies already reporting more than $1.1 billion in costs. Legislative leaders have said the state costs have exceeded $1.6 billion.

In January, DeSantis received a commitment from the White House for 100 percent reimbursement for 45 days’ worth of debris collection. The state was initially approved for 5 days of 100 percent repayments.

After making landfall in Mexico Beach, Hurricane Michael caused massive damage as it tore through communities such as Panama City, Port St. Joe, Blountstown and Marianna.

The largely rural region has been waiting more than six months for the state Legislature to approve additional disaster relief funding and for Congress to approve what is expected to be a much larger federal package.

“Hopefully the release of this (Category 5) designation will help our local, state and federal elected officials in their quest to get support for funding legislation needed at the federal level for us to recover,” Bay County Emergency Services Chief Mark Bowen said in a statement Friday.

“This is only the fourth time our country has had a Category 5 hurricane,” he said in a statement. “The federal government has historically provided major disaster funding; we anticipate and expect the same treatment, and we need them to step up and provide some funding and some relief.”

With housing and insurance issues outstanding, Bay County officials on Friday noted the county’s costs exceed $661 million. It has borrowed $250 million to pay for cleanup, which includes removing more than 8.5 million cubic yards of debris in just the unincorporated areas.

Michael created 72 million tons of debris across the Panhandle, about 10 times more than was left by Hurricane Irma in 2017, and most of the debris remains on the ground, raising the threat of wildfires.

The Legislature is heading into budget negotiations, with the House and Senate each proposing about $225 million in additional Michael-related funding for the fiscal year starting July 1.