Orlando will make it easier for food trucks to park downtown 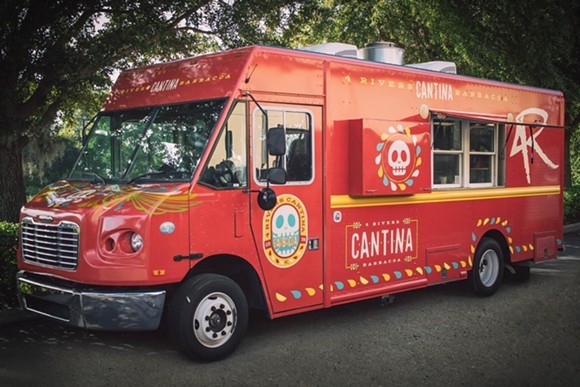 As of early next month, food trucks will be allowed to park in downtown Orlando, including in several metered spots near Heritage Square, Gertrude's Walk and the Sperry Fountain on Central Boulevard.

The Orlando City Council unanimously approved the proposal Monday, which will allow as many as 11 trucks to park on streets downtown. Prior to the implementation of the policy set to go into effect on May 3, food truck operators were required to acquire a special event permit to do so.

So you'll have plenty of food, from pizza to loaded cheese fries, to drunkenly spill all over your ride-share driver's car, as the city's new ride-sharing hubs via a partnership with Uber and Lyft are set to begin around the same time.

The partnership designates zones where (typically very drunk) downtowners will be directed to catch rides between midnight and 3 a.m.

At last, it seems as though our drunk-munchies stars have aligned.