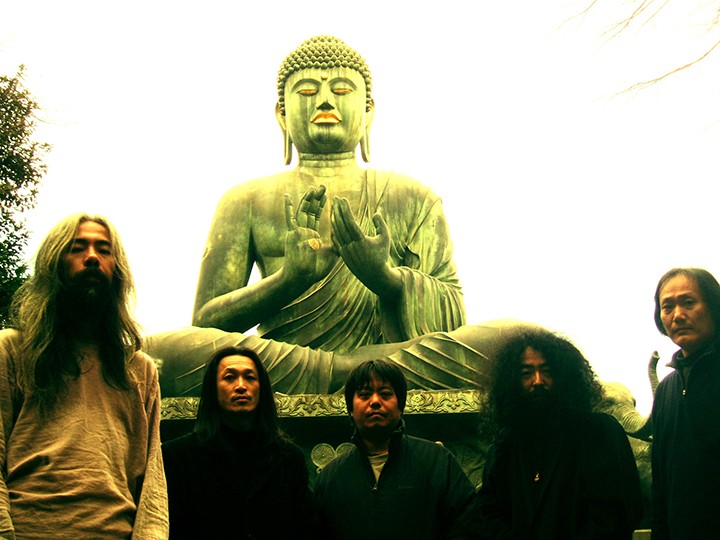 In August 1945, Hiroshima and Nagasaki were leveled by atomic bombs. Survival in the wake of nuclear destruction must be a horrifically bewildering experience, one that ingrains itself deeply into a cultural psyche and informs what is created by generations of survivors. This residual radiation is the crucible that birthed Godzilla, Akira, Hello Kitty and Acid Mothers Temple. Acid Mothers Temple is a concept more than a band, although it is also a band. Formed as a collective in 1995 to showcase the sound experiments of guitarist Kawabata Makoto, the group quickly ballooned to dozens of members. They attained a cult-like mythology, often shrouding themselves in colorful costumes and a close-lipped reluctance to explain their music. In many ways it is easier to write about Acid Mothers Temple in terms of what they are not: They are not a rock band, they are not a noise band, they are not a jam band. And yet, they are all of these things, fused together by an almost terrifying force that requires a new form that they are in the process of discovering. Not necessarily beautiful, just mutated …