Cinderella has a new fluffy pony at Disney World 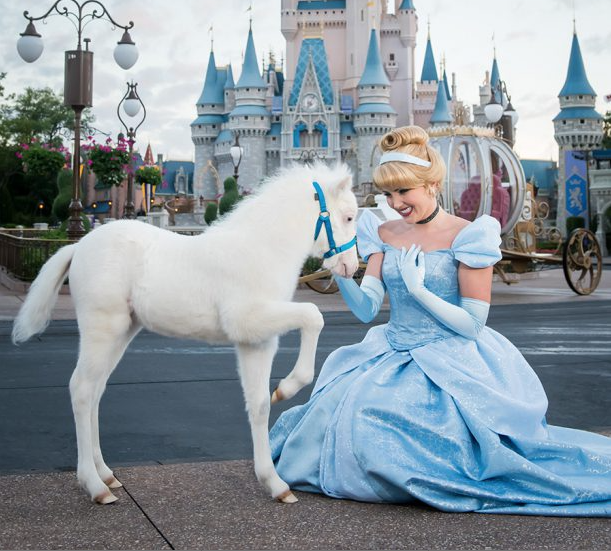 Cinderella has a new adorable fluffy pony that will one day pull her magical pumpkin coach at Disney World.

The pony, who was named Lilly after Walt Disney's wife, is the first white Shetland pony ever born at the Tri-Circle-D Ranch at Disney's Fort Wilderness Resort & Campground, according to the theme park.

Lilly's parents, Lady and Ferdinand, are two Shetland ponies who pull Cinderella's coach at Disney's Fairytale Weddings and during parades at the Magic Kingdom.

Lilly will start training to pull the pumpkin coach when she turns 2 and then could be on the pony team a year later. For now, though, you can catch her hanging out at the show pasture near the barn at Fort Wilderness Resort & Campground for a few hours each day, Disney says.