Disney World confirms it has killed off HalloWishes fireworks 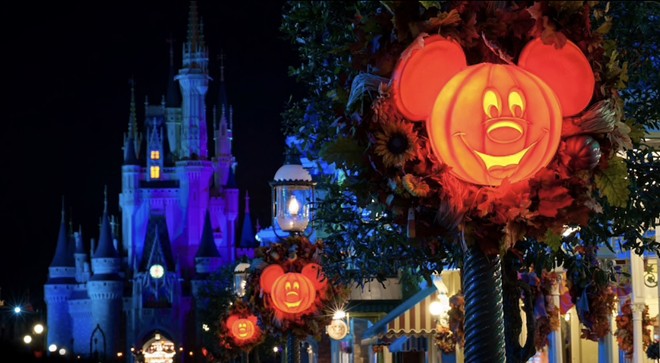 Since 2005, Walt Disney World's Mickey's Not-So-Scary Halloween Party has held one of the resort's most popular firework shows, but now after a decade and a half, the famous HalloWishes fireworks have come to an end. After months of speculation, Disney confirmed via the Disney Parks Blog that a brand-new fireworks show will debut at this year's Halloween Party.

The yet to be named show "will feature state-of-the-art projection effects, lasers, lighting and dazzling fireworks that come together to tell a not-so-scary story about how anything can happen on Halloween night," according to Disney. The use of projection effects, lasers, and lighting should come as no surprise. As fireworks themselves become more of an environmental concern (even while Disney uses patented firework technology), the company has been introducing other technologies into their shows.

"Happily Ever After" debuted at the Magic Kingdom in 2017, replacing "Wishes," and bringing things like projection mapping to the forefront of the storyline. The dated-yet-popular HalloWishes leaned heavily on the fireworks themselves.

In the new show, Mickey, Minnie, Donald, and Goofy will enter a haunted house where they will face "dancing skeletons, waltzing ghosts and a whole series of troublemaking Disney villains." Disney will keep the up-charge firework dessert parties that have become a must-do for those wanting to ensure ideal viewing of the show.

While the Halloween Party will have a new nighttime spectacular, other classics, like the Hocus Pocus Villain Spelltacular, Mickey's Boo-to-You Halloween Parade, and, of course, the trick-or-treating trails, will all return.

Also expected to return are the ride overlays to certain attractions. In past years, this has included Pirates of the Caribbean getting live actors and Space Mountain having a new soundtrack. This year the rumored new overlays include two Tomorrowland attractions and possibly at least one other E-Ticket. Details regarding those have yet to be confirmed by Disney.

Tickets are now on sale for Mickey's Not-So-Scary Halloween Party. The event runs on select nights from Aug. 16 through Nov. 1. Tickets start at $79 and include park admission after 4 p.m.