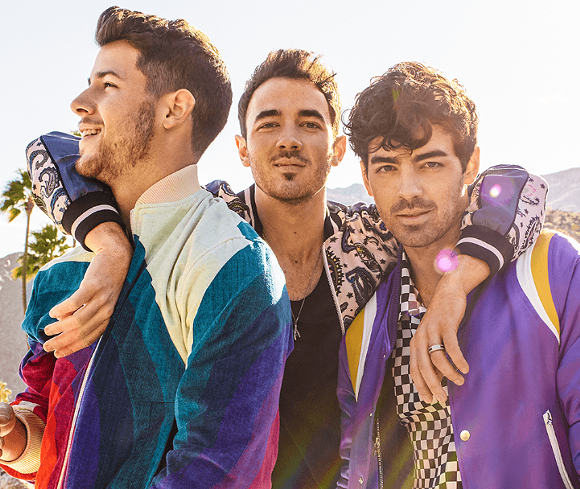 The Jonas Brothers' comeback will start in Florida two months after the release of the band’s fifth album, and its first in 10 years (Happiness, due on June 7).

The band announced the news today, and shared that a 40-date tour would kick off with three Florida dates, including an Aug. 9 gig at Orlando's Amway Center. Other Sunshine State stops on the tour include the tour kickoff in Miami on Aug. 7 at American Airlines Arena and Tampa on Aug. 10 gig at the Amalie Arena.

Bebe Rexha and singer-songwriter Jordan McGraw will open the show.