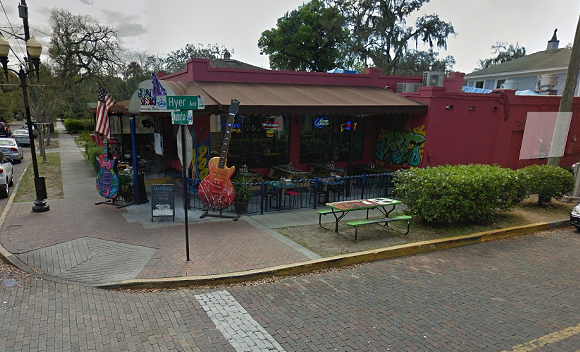 It's only the third of May, but as of tonight, there's a new spot to get your Cinco de Mayo vibe on. Felipe Rodriguez Tequila House has taken over the Thornton Park space on East Washington Street that was most recently the Truck Stop Restaurant (and once upon a time, very long ago, a gas station).

Greg Peters, of the Graffiti Junktion chainlet, dreamed up the Felipe Rodriguez Tequila House concept. Peters recently also took over the Dexter's restaurants in Thornton Park and in Winter Park's Hannibal Square. The old open-air patio has been covered with a cedar-plank ceiling, reports Scott Joseph at his Orlando Restaurant Guide.

The party starts at 3 p.m. Friday and 11 a.m. Saturday and Sunday, with a Cinco de Mayo Sunday Buffet. Follow Felipe Rodriguez Tequila House on Facebook to keep up with drink and menu specials.