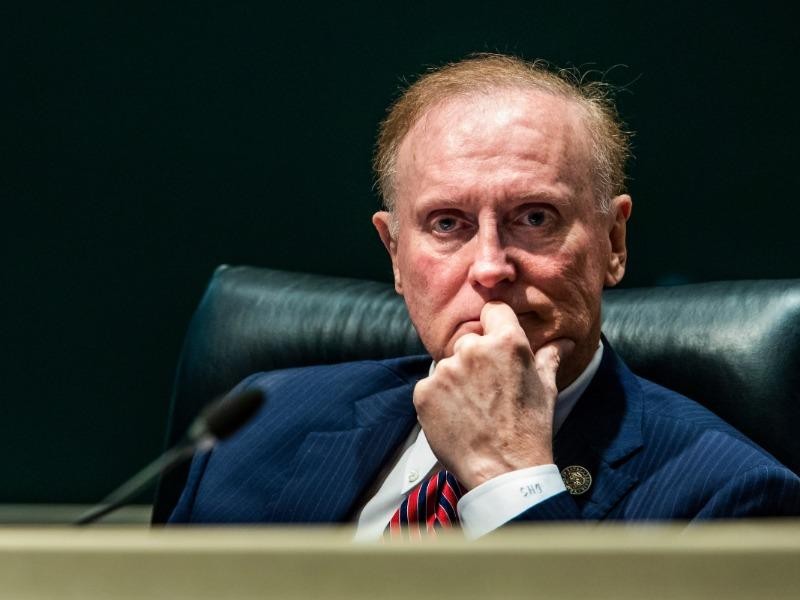 A measure intended to make it harder for citizens’ initiatives to reach the ballot is heading to Gov. Ron DeSantis, after proposed petition-gathering rules were tacked onto a bill in the waning hours of the last full day of the legislative session.

The petition-gathering process plays a crucial role in placing citizens’ initiatives on the ballot. Democrats argued that groups turn to amending the Constitution because the Legislature often ignores the wishes of voters on issues, as evidenced by ballot drives in recent years that broadly legalized medical marijuana and restored felons’ voting rights.

But Sen. David Simmons, R-Altamonte Springs, said the changes were critical because the ballot-initiative process is being “hijacked” by out-of-state interests. Supporters of the bill say it would help combat fraud in the petition-gathering process, which Simpson alleged is “pervasive all across the nation.”

The bill would make a series of changes in laws dealing with initiatives, such as making it illegal to pay petition gatherers based on the number of petitions they collect. Also, for example, it would require submission of information about petition gatherers, including their permanent and temporary addresses, and would require the gatherers to sign sworn statements that they will follow state laws and rules.

The bill also would require petitions to be turned into county supervisors of elections no more than 30 days after being signed by voters and includes penalties of up to $50 for each late submission. Fines could grow to $1,000 for any petition “willfully” not submitted on time.

“We’re going to do this on the 60th day (of session), at night, to limit the ability of a citizens’ initiative, which is the greatest thing that our state can do,” Rader argued. “What have the citizens done that has been so awful and so bad? … You still have to get 60 percent on the ballot to pass. And I’ve told a lot of people, passing something with 60 percent is a landslide in this state.”

Petition signatures already collected for the 2020 initiatives would not be affected, but the changes would go into effect 30 days after the bill becomes law, if DeSantis signs it or allows it become law without his signature.

The bill, which the Senate approved in a 22-17 party-line vote and the House approved 67-43, came after Florida voters in November approved 11 constitutional amendments on issues ranging from restoring felons’ voting rights to banning greyhound racing. Two of the measures were placed on the ballot through petition drives, while the rest were put before voters by the Legislature or the state Constitution Revision Commission.

A series of high-profile ballot initiatives also have been proposed for the 2020 ballot, including proposals to raise the minimum wage, expand Medicaid eligibility, ban assault-style weapons and deregulate the electric utility system —- issues widely opposed by Republican leaders.

“Their relentless efforts to shut down citizens’ rights to participate in the political process are unconstitutional, undemocratic and just wrong,” Citizens for Energy Choices Chairman Alex Patton, whose group is behind the utility deregulation proposal, said in a text on Friday.

A wide range of opponents, including electric utilities, business groups, lawmakers and the state Public Service Commission are trying to block the deregulation amendment at the Florida Supreme Court.

Supporters of the bill that passed Friday contend the Constitution has become bloated with issues that don’t belong in the foundation of state government.

"Thank you to the Florida Legislature for protecting Florida’s Constitution from out-of-state special interests and returning the process back to Florida citizens," the Florida Chamber of Commerce tweeted after the vote.

To get on the ballot, initiative backers will have to submit 766,200 valid petition signatures to the state and get approval from the Florida Supreme Court for the proposed ballot wording. If measures go before voters in November 2020, they will need to receive approval from at least 60 percent of voters to pass.