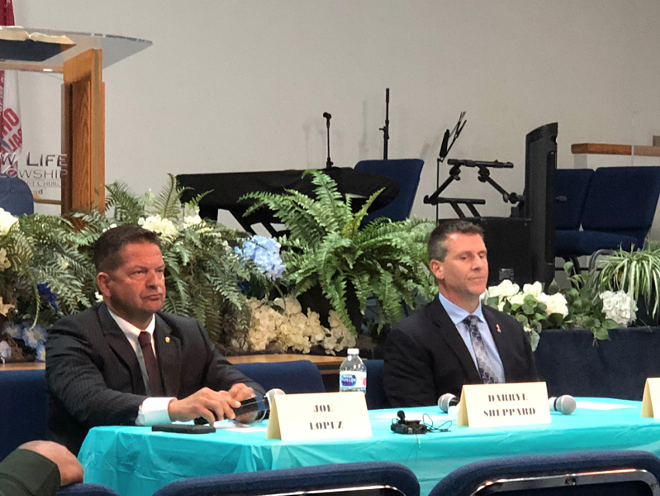 Lopez registered for the race on Monday, according to the Orange County Supervisor of Elections website. Both Mina and Lopez are running as Democrats (both candidates ran as independents last year), and they'll be joined by briefly tenured former Eatonville Police Chief Eric McIntyre, who initially entered the 2018 race but opted to pull his name from the ticket.

Mina, who served as Orlando Police chief prior to his election as Orange County sheriff last year, announced his re-election campaign in January.

Prior to his retirement in 2017, Lopez served as chief at the Florida High Patrol for 32 years. During his tenure, he was assigned as commander for the Orlando District of Troop K, which patrols the Florida Turnpike.